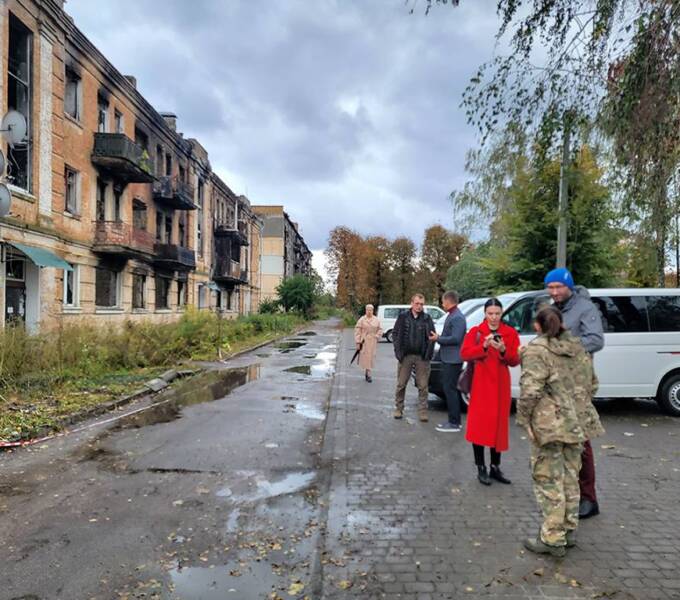 Kyiv, Ukraine —A global engineering team of experts arrived to assess infrastructure damages caused by Russia’s invasion. It is estimated that over 150,000 housing units and high-rise buildings are damaged or destroyed in liberated areas. Besides critical infrastructure, the Russian military also targeted schools, hospitals, shopping centers, and factories. The team has been in Bucha, Irpin, Hostomel, and Chernihiv. In these towns, local governments and citizens took arms and resisted siege for weeks. Parts of these once tranquil eastern European towns, now evoke scenes from the past, as if they were going back to the second world war.

Ukrainian resiliency is something admirable. All destroyed Russian tanks are removed and put into a museum display and bombed highways and bridges are repaired. Restaurants, businesses, and schools are open despite the daily early morning air raid siren. Russian missiles still penetrate through a couple of high-rise apartments weekly. But people are calm, ready to restart their lives and reconstruct the country. 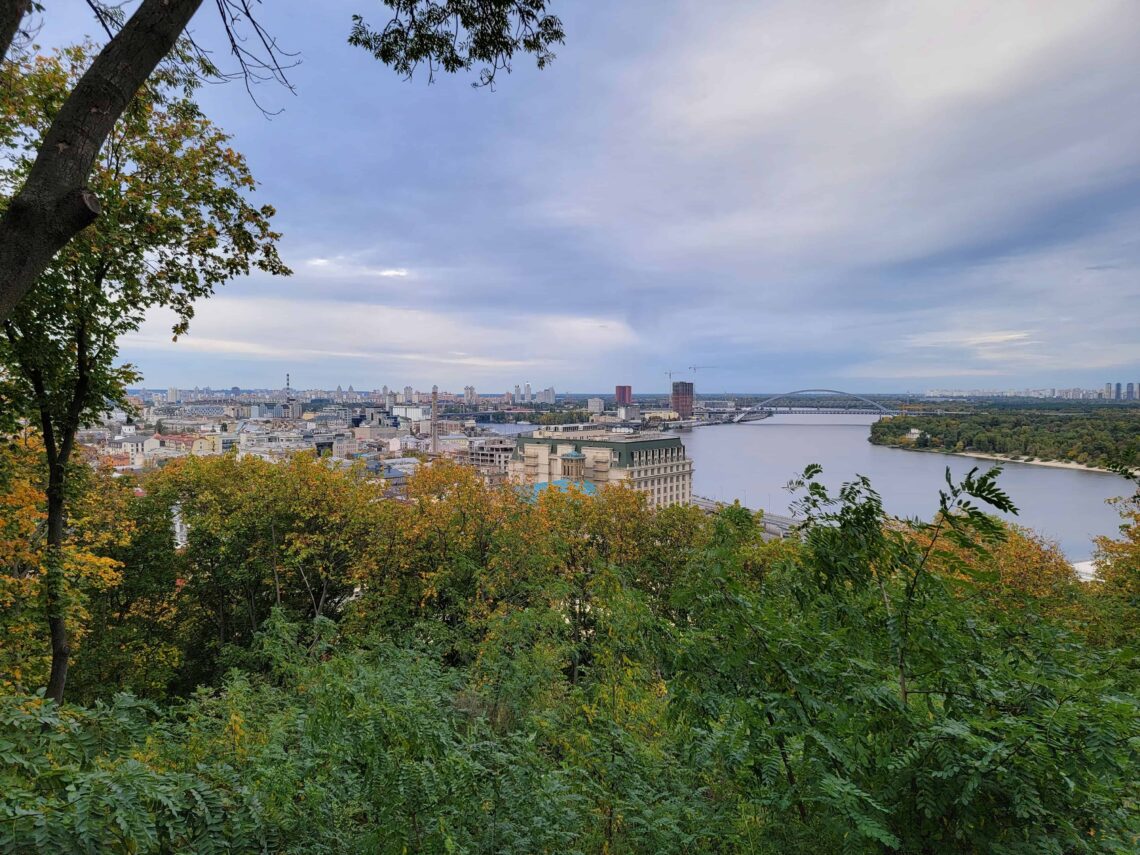 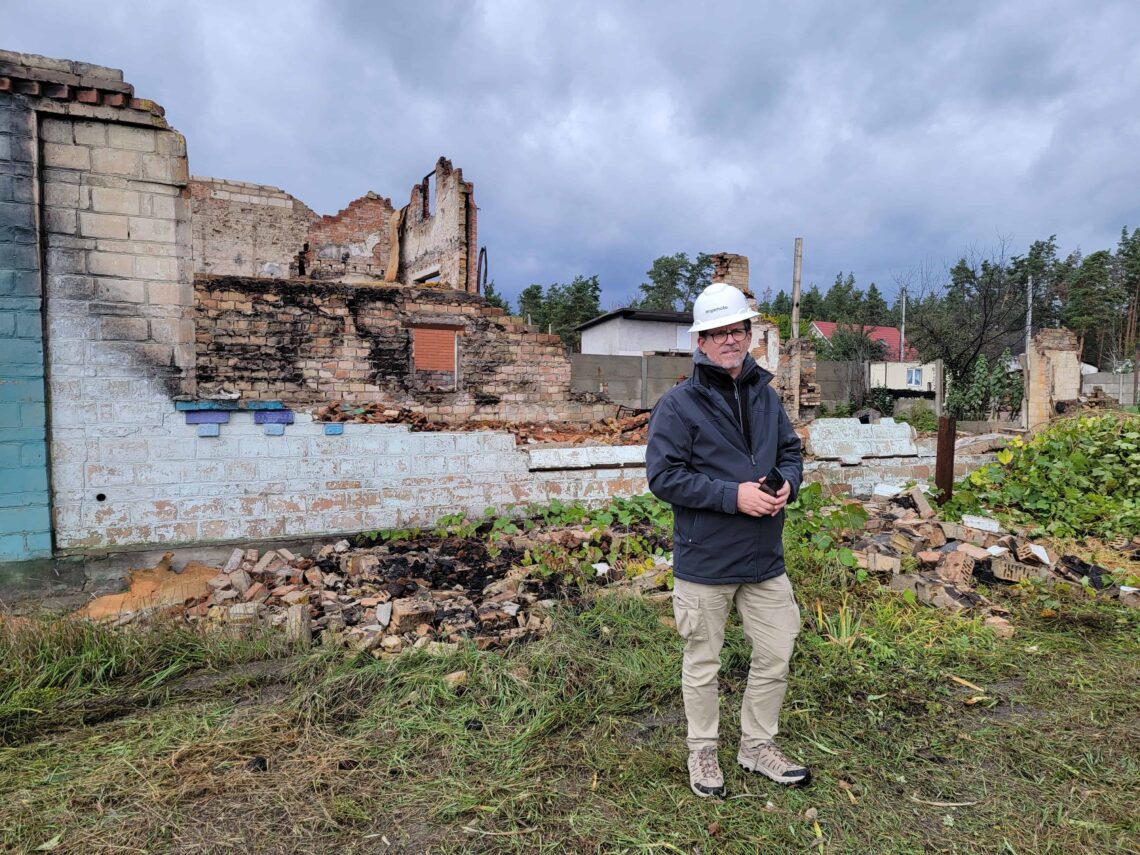 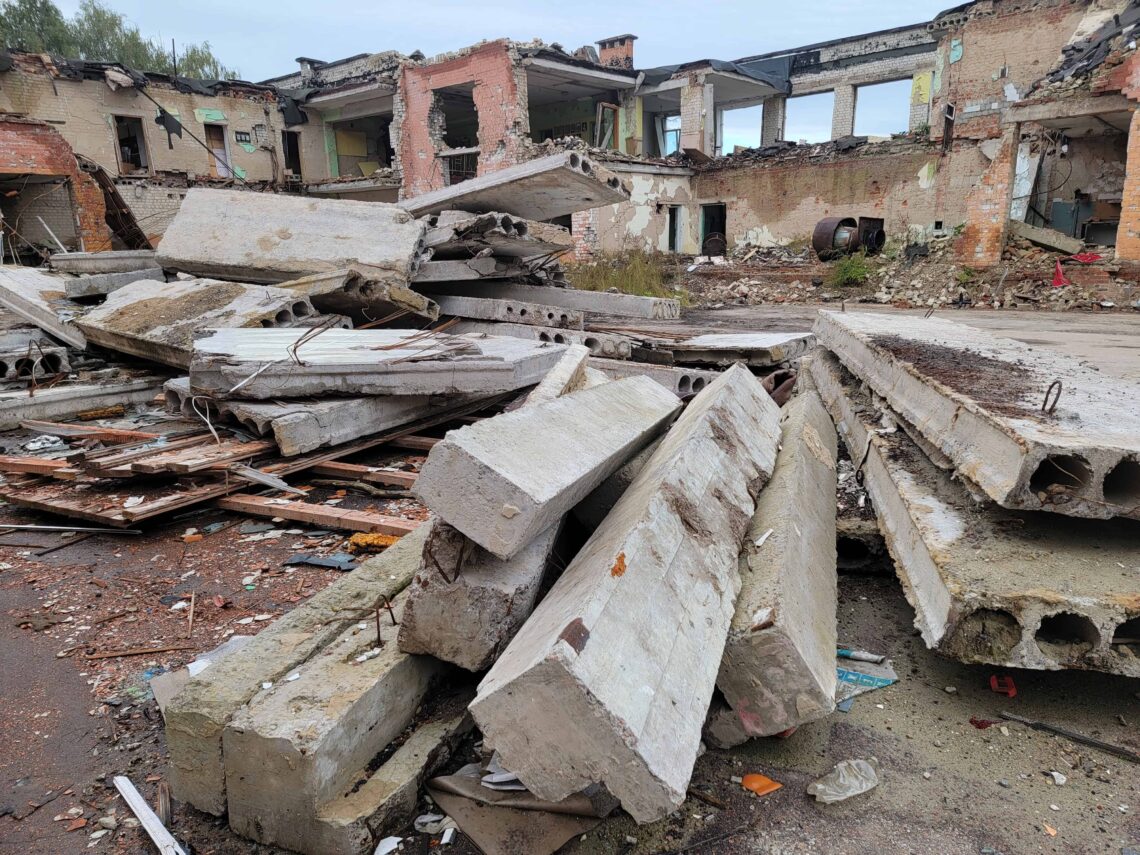 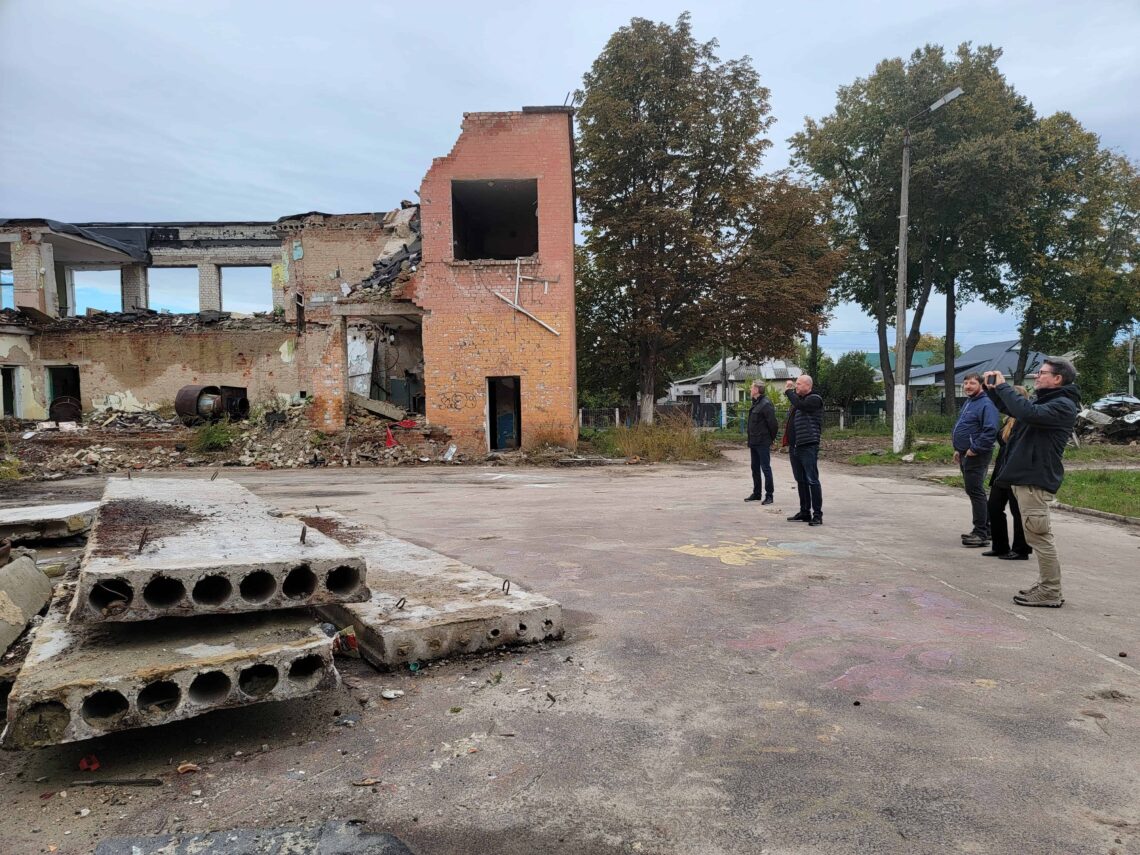 Team leader, Dr. Kit Miyamoto has kept a journal recounting his observations during the October 10th missile strikes that hit Kyiv and other cities in Ukraine.

I just heard a large air blast as I was making my morning coffee. It was a sonic-like blast followed by a line of collapsing buildings, the sound of which I have heard often in the past during earthquakes. We have all been extremely nervous since the Crimea Bridge blast a couple of days ago. I am in the newly built Radisson hotel in old town Kyiv, intentionally avoiding public buildings or large apartments which can be targeted by Russian forces.

I am not sure where the blasts are coming from, it could be a gas explosion somewhere. I hear fire truck sirens off in the distance and look out the window to see if I can spot anything. My eyes are met with a woman next door with a little girl, who is also nervously peering through a curtain, a mobile phone in her hand.

Our Ukraine country manager, Pavlo, has messaged me that a Russian missile hit about 1 km from our hotel. He sends me videos of burning cars. He got stuck in town last night and slept at his friend’s apartment nearby.

I heard a second blast. My small room is shaking. This is not a drill; this is a real air raid. Sabine is awake now and we are quickly running down to the basement shelter.

we are now stuck in the basement shelter with a group of hotel guests. I’d estimate nearly one hundred of them. They all look like Humanitarian assistant types. Some are wearing their NGO logo shirts and some wear press credentials. Many are working on laptops. The hotel provided some sleeping pads. Unfortunately, Sabine and I, did not get one, just an old desk and two chairs. No complaints from me. We are fortunate to have this space

Pavlo calls and tells me that he is hiding in a café basement with food next-door to us. That sounds better. We order a proper breakfast. The people in the Cafe are calm and the next table over ordered a bottle of local orange wine while waiting for air raid sirens to be done.

The news is saying that Russia retaliated for what it claimed was a “Ukrainian attack on a critical bridge”. Russia’s attacks shatter buildings and killed at least eleven people.

Pavlo, Sabine and I are back in the office near the city center. We begin writing flow charts of the reconstruction schedule and deployment. This week, we need to develop the damaged houses reconstruction programs for all affected areas.

We will be working with UN agencies and assembling a local team to start repairing damaged housing units and high-rise buildings. People need proper shelter now. Many are living in shell–damaged and burned apartments since they have no other means. Due to the amount of energy released during an earthquake, tank shell and missile damages are simpler to repair, technically.

We can really assist people here back to normality.

As an Irpin city official said, “Destroyed But not Conquered.” Incredible people. 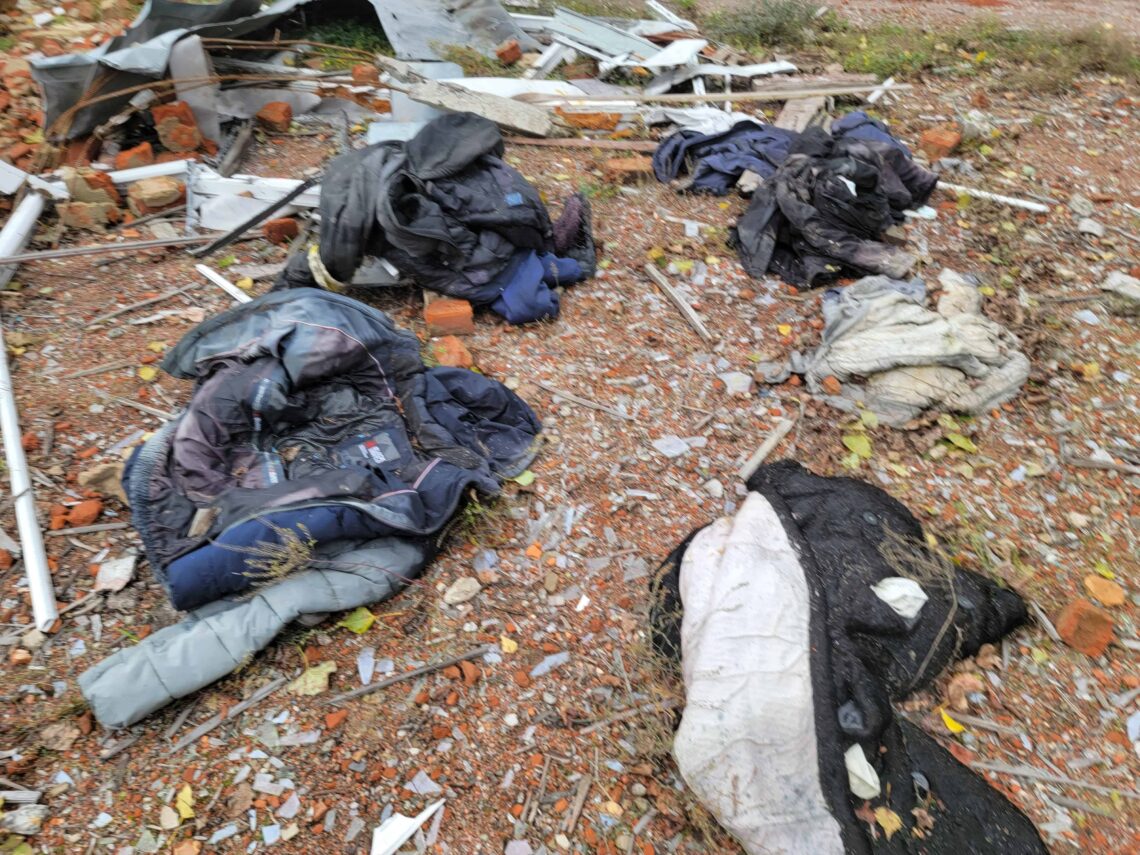 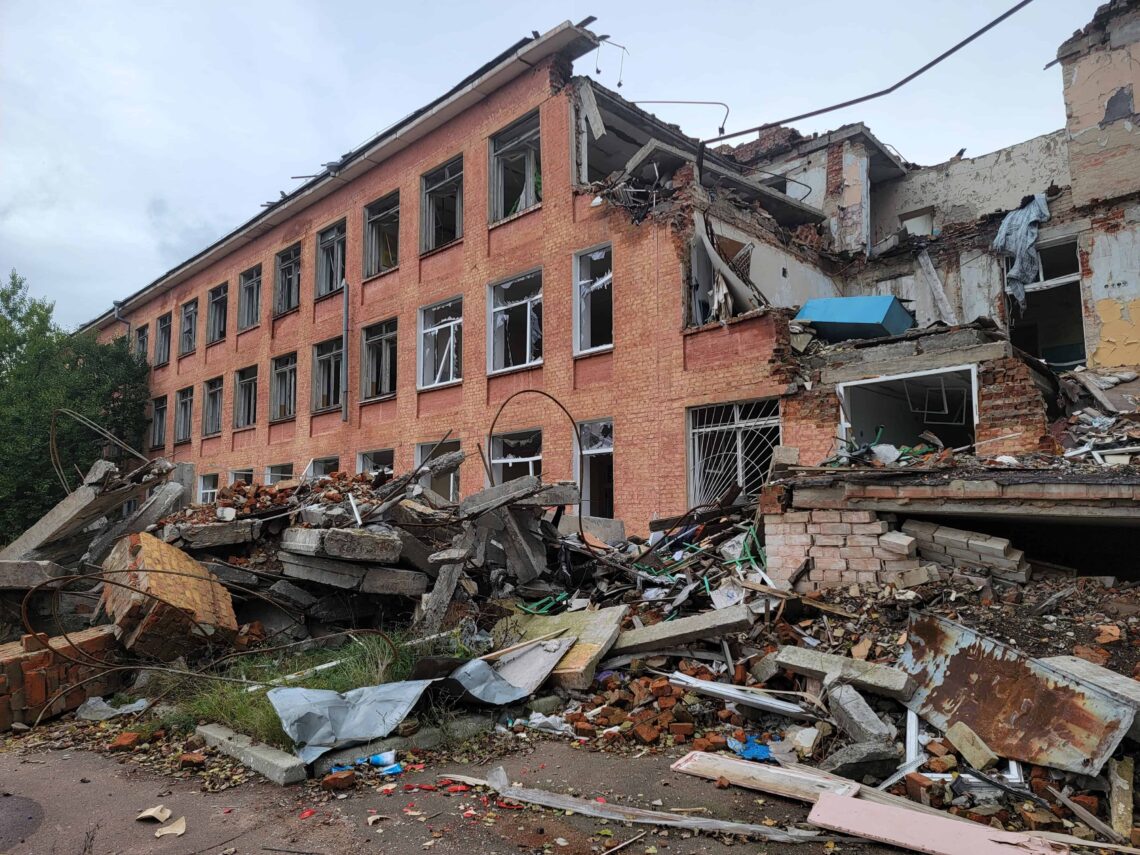 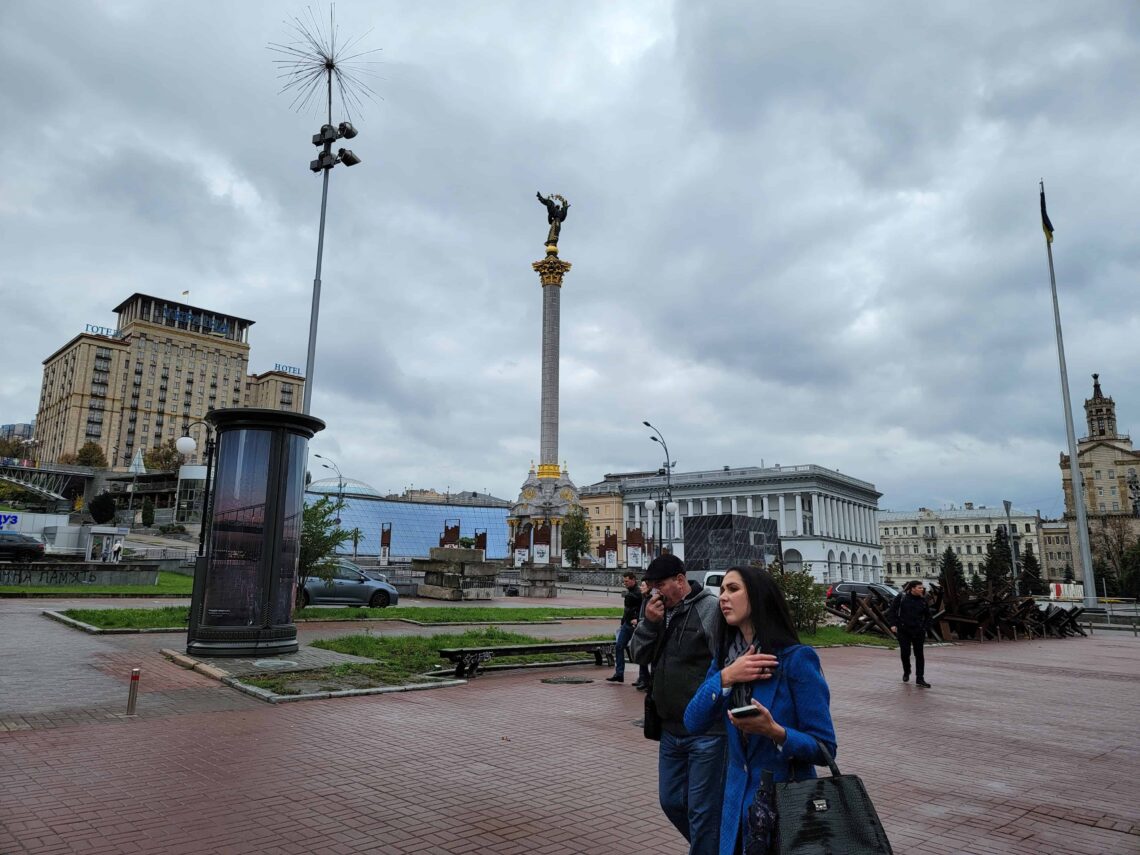 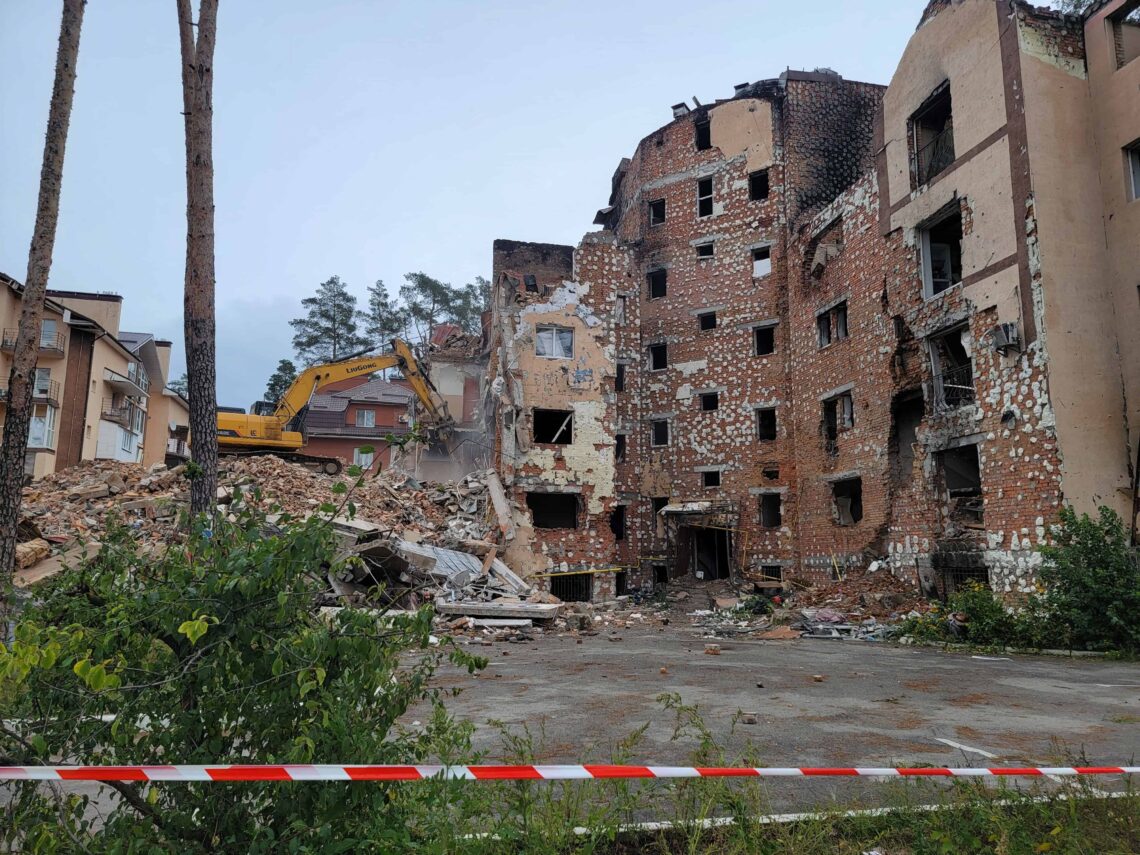 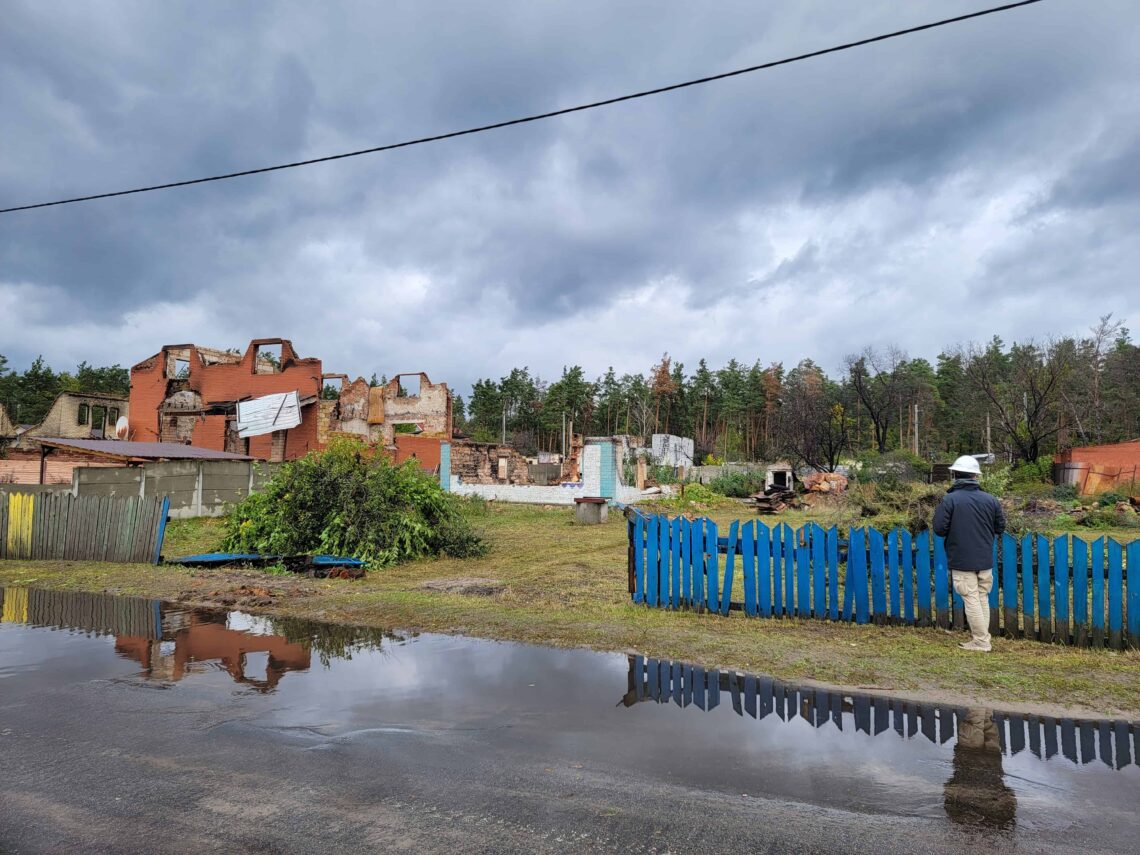 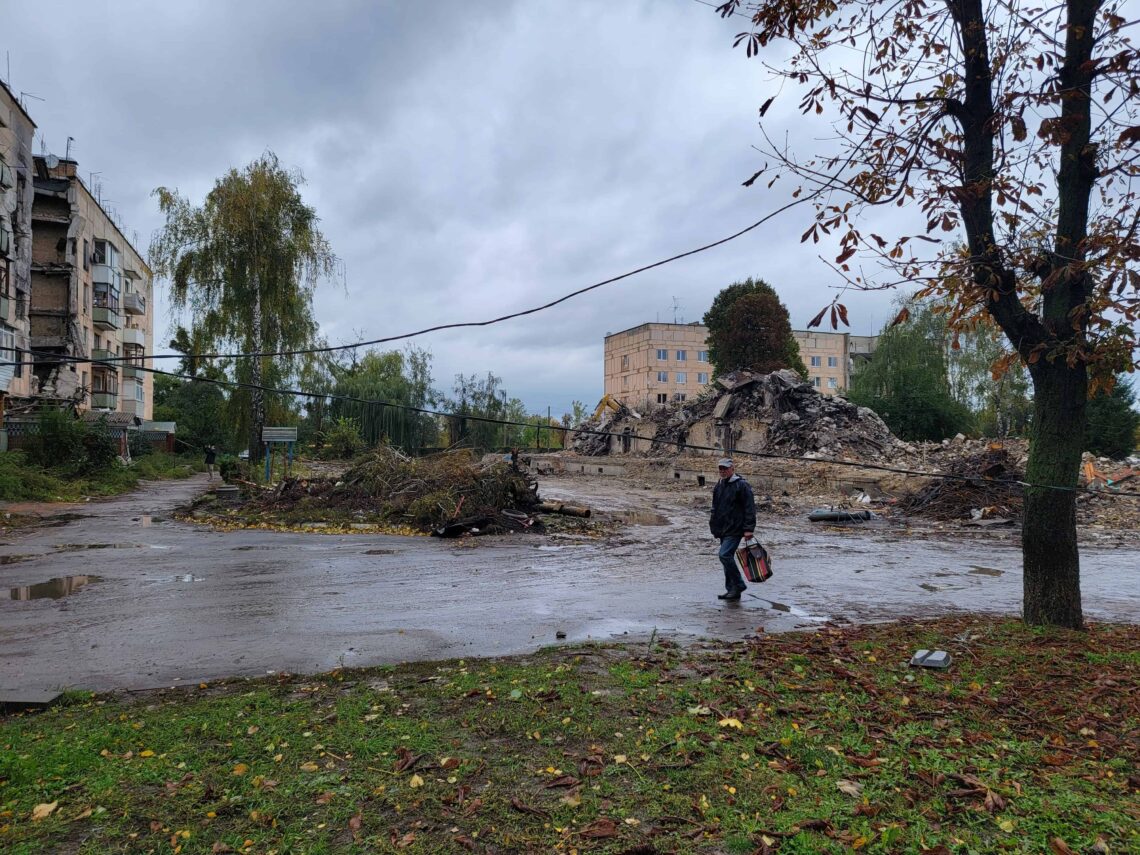 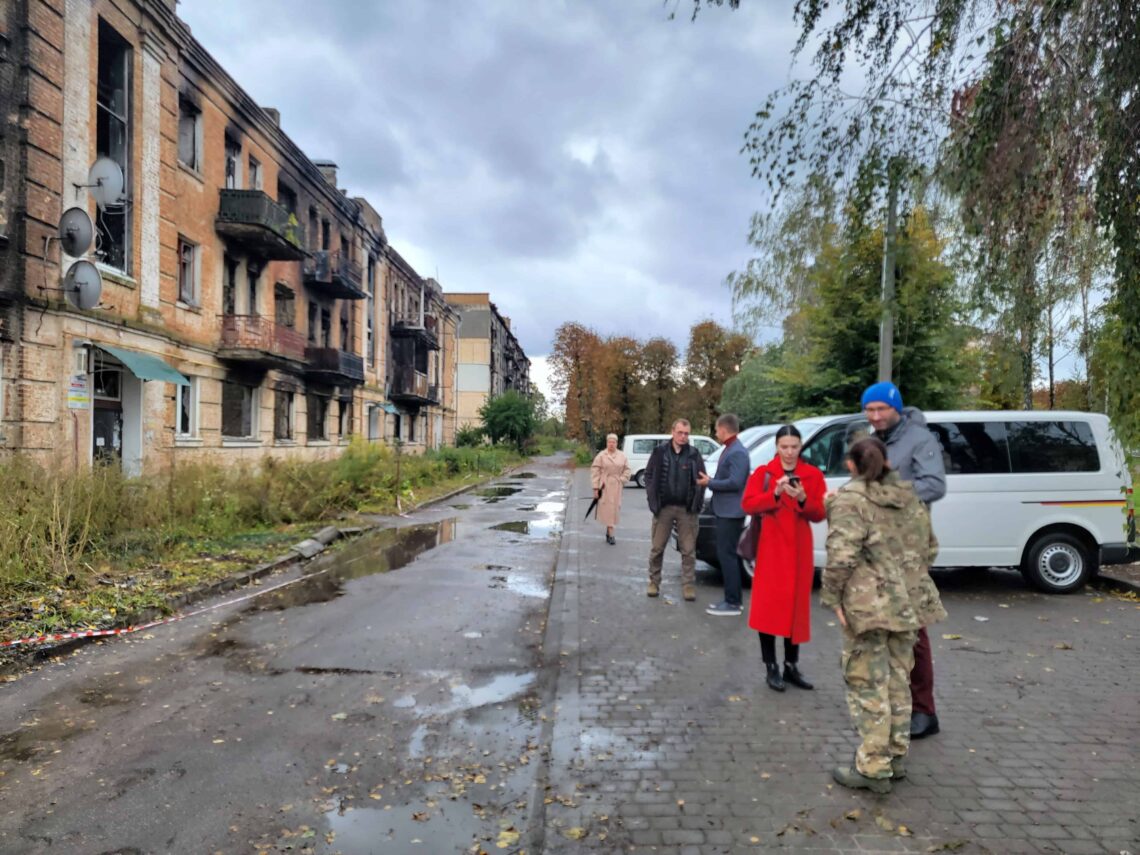