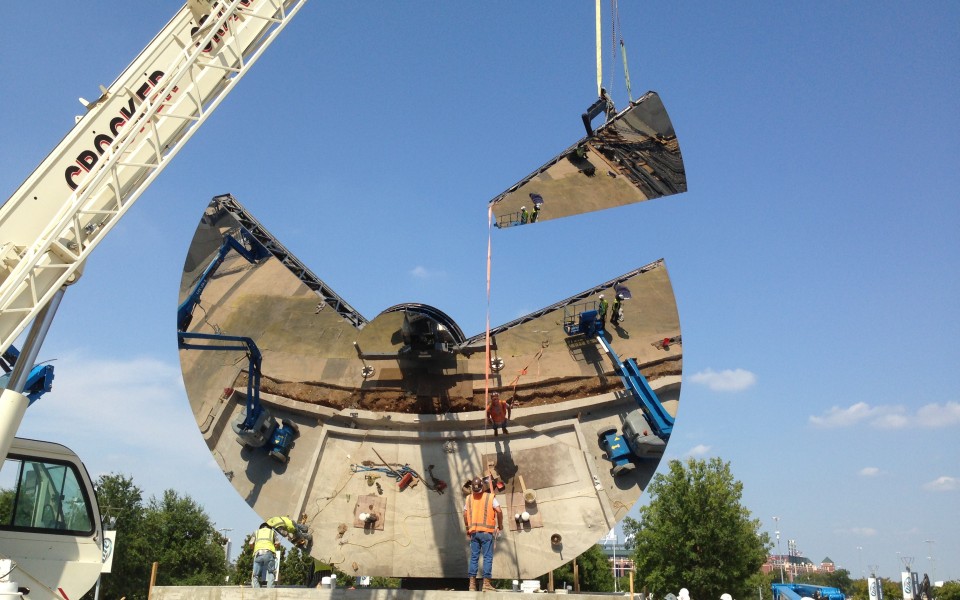 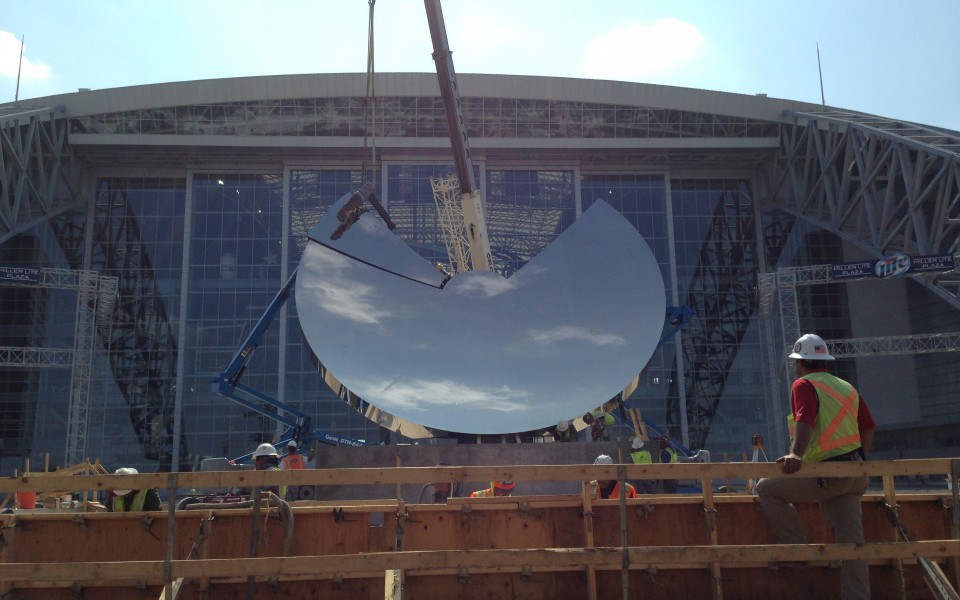 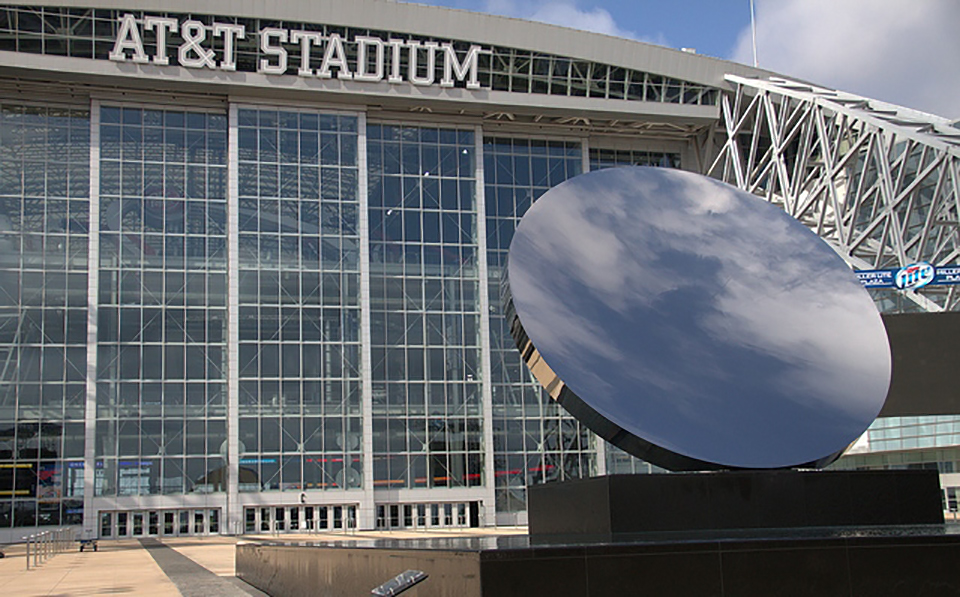 Miyamoto International was called in to construct new, as-built structural drawings for the 23-ton, 35-foot-diameter,  custom, concave Sky Mirror after negotiations for purchase by Dallas Cowboys from Kapoor Studio were underway.  Both destructive and non-destructive testing were performed to verify the structural integrity of the steel structure’s membrane and connections, which support it against the stresses of weather and wind.  One particular challenge of this iconic project was to ensure the enormous steel structure’s unveiling would coincide with the Dallas Cowboys’ football schedule, which meant The Sky Mirror was slated to be installed at AT&T Stadium within four weeks. Despite having no existing structural drawings or fully dimensioned steel shop drawings available, Miyamoto rose to the challenge and The Sky Mirror was installed on October 13, 2013. It was unveiled just before the game. 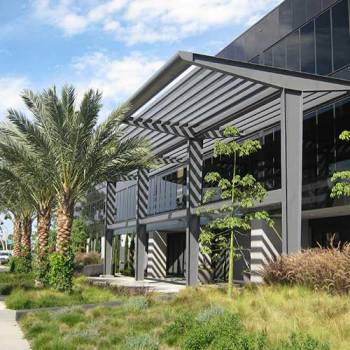 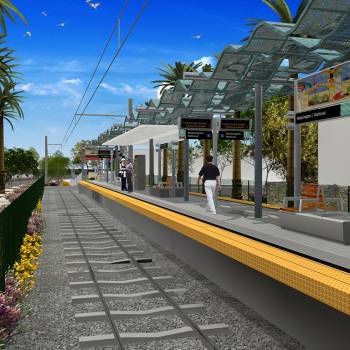 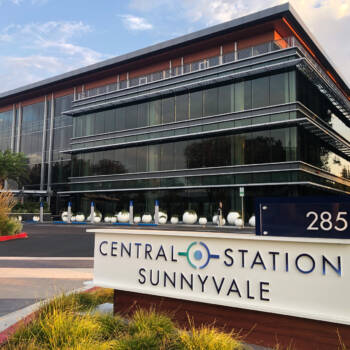 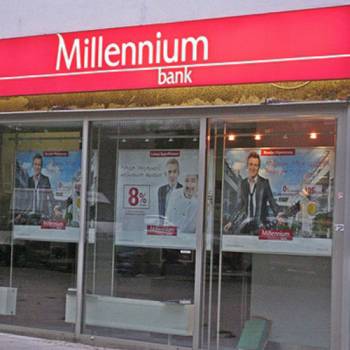