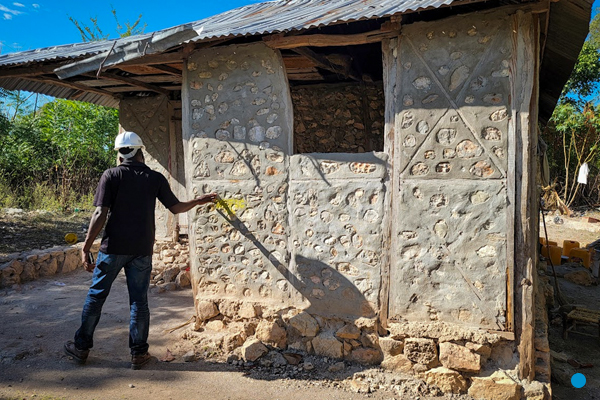 I am four-wheel driving on a muddy dirt road in the middle of a green tobacco field in the south of Haiti, near Les Cayes. It’s the middle of winter, but here it’s hot and humid, and my back is cramped and sore from the prolonged rocking motion.

I am trying to rendezvous with Felipe, who is a country director of the United Nations Office of Project Services (UNOPS). Our team and UNOPS have teamed up to assist and operate 520 Haitian engineers from the Ministry of Public Works, Transport and Communications (MTPTC) in a massive damage assessment project, the largest of which the world has ever seen. Our goal is to assess, categorize and repair 180,000 earthquake-damaged buildings in five months. During this four-month period, we have already assessed 130,000 structures and spoken to more than one million people who were affected by the disaster.

We need to know exactly what happened last August during the magnitude 7.2 earthquake, the solutions needed and the cost to address the damage. At the head of this project are Haitians leading and managing the effort with a minimal number of foreigners. Both UNOPS and our team are composed of nationals. This is, by leaps and bounds, the opposite of the 2010 earthquake reconstruction project. Haiti is struggling with many issues, but as far as engineering is concerned, there have been remarkable advancements.

At the same time, the leadership showcased by Felipe cannot be ignored. A typical UNOPS emergency response type, a 40-something-year-old with black, long hair and a confident smile. He is originally from Colombia but has lived in Haiti for well over a decade. He is married to a Haitian woman, and they are both proud parents of a beautiful five-year-old boy. I met Felipe a while back just after the 2010 earthquake during the  Reconstruction Program. Even back then, he was very given to humanitarian assistance. We met many nights, holding strategic sessions over bottles of Prestige, Haiti’s national beer. He’s a thinker, able to dissect any issue into its most minute details, but he is also a man of action, able to make decisions at a moment’s notice. This week, he decided to resign his position and become a full-time husband and father. I know this is a very difficult decision for him, especially now at the top of his game, but he is making the right decision. I wish I had done the same 10 years ago for my kids.

I finally arrive at the rendezvous point, in front of a half-damaged yet firm-looking house made of rocks and wood, where I meet our trusted engineers and the UNOPS team. It’s so nice to see Beverly, our Haitian chief engineer, and the rest of the team. They have done a remarkable job under very difficult conditions. Then, Felipe steps out of the house, wearing his trademark smile. The team had been assessing the house, and Felipe was now talking with the owner, an older local man with a sharp jaw shadowed by a straw hat. The owner confides in Felipe his appreciation for what they are doing. His face is rugged—marked and chiseled over years of working under the scorching sun. He gathers some dried tobacco leaves from the drying room and deftly rolls a small cigar for us. Felipe and I take turns smoking it. I am not a cigar smoker, but this is probably the best thing I have ever smoked.

Beverly and I are in an extremely remote coastline in the Nippes Department. A beautiful blue sea crowned by a similarly blue sky speckled with wild thunderhead clouds.

MTPTC has five engineering divisions deployed in Nippes, which are composed of 100 people, give or take. Beverly and I go division by division checking on their progress. Their activities are monitored remotely, and GIS mapping is done every day; however, it is critical that we meet with the teams in person—they have not seen their families in several months and work six days a week in unfamiliar places. Today, we are visiting Division 19, which is assessing damaged houses in the middle of a thick banana tree jungle.

Doing our rounds, we spot a rock house that looks newer than its neighbors. It is tagged “red”: badly damaged. The residents tell me that it was built by a large American nonprofit organization a few years ago.  I see tons of termite damage on imported American 2x4s in the rock-filled wall. Traditional construction uses fast-growing local wood. This wood is much harder and termite resistant than imported wood.

We are driving through a bustling market in downtown Les Cayes to meet Consuelo. She is an occupational therapist who runs a small nonprofit called “Fondation Tous Ensemble” or “Rehabilitation Center” in the middle of this earthquake-damaged town. Her clinic was badly damaged in the earthquake and she’s been operating out of a makeshift tent ever since. Her seven-staff clinic often serves up to 60 patients a day.

“Many are victims from the earthquake,”-she says.

“They suffered broken limbs; and for many, their bones fused unevenly because of erroneous treatments. Kit, you know this as well as I do, being disabled here is the closest thing to a death sentence. We serve the entire south. We have the only rehabilitation center in the area. We need to help these people, but we need to repair our clinic to do so.”

Her annual budget, which is composed of hundreds of small donations, is only $100k. Our estimates say that the repair and strengthening costs for her two-story heritage house clinic will amount to $70k, a good chunk of the clinic’s budget.

“I raised an additional $50k for the repairs but we still fall short of budget,”-she says

There is only one clear solution to this. Without needing to ponder it, I reply, “We will activate our nonprofit Miyamoto Global Disaster Relief to deal with the rest.”

Miyamoto Relief goes where the need is critical, money is never a question.

I am with Beverly, Jacques (another one of our Haitian engineer managers), Canes (my driver and guide for the last 10 years) and Abbey (an American medical doctor who lends her services in a nearby maternity clinic, the only one in the south—she’s working with our team to reconstruct collapsed houses for the maternity clinic’s staff) by the sea, enjoying our free Sunday afternoon.

We are standing in a line, shoulder to shoulder, staring at this unbelievably orange sunset as it showers its glow over this wild, empty beach, nary a soul other than ours treading its sand. The waves are gentle caresses in my ears, and the Caribbean ocean breeze soothes my skin. Haiti is beautiful, wild, mysterious, and full of adventures. There is rarely a time when things just stop; but now, right this moment, we quieten our voices. We listen to the rise and fall of the waves, leaving tracks of wetted sand, and we watch the hazy orange sun as it lies to rest beyond the Caribbean Sea. 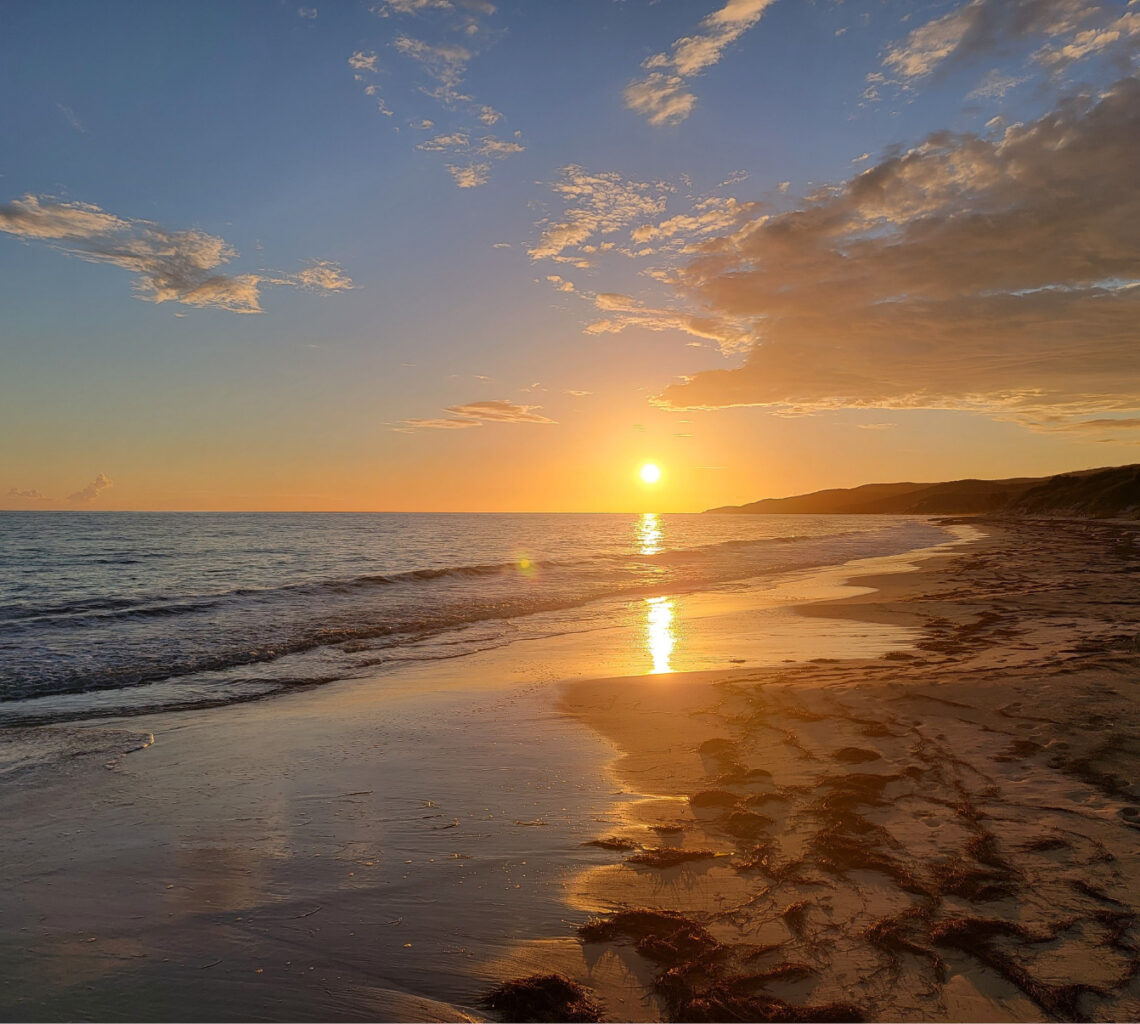 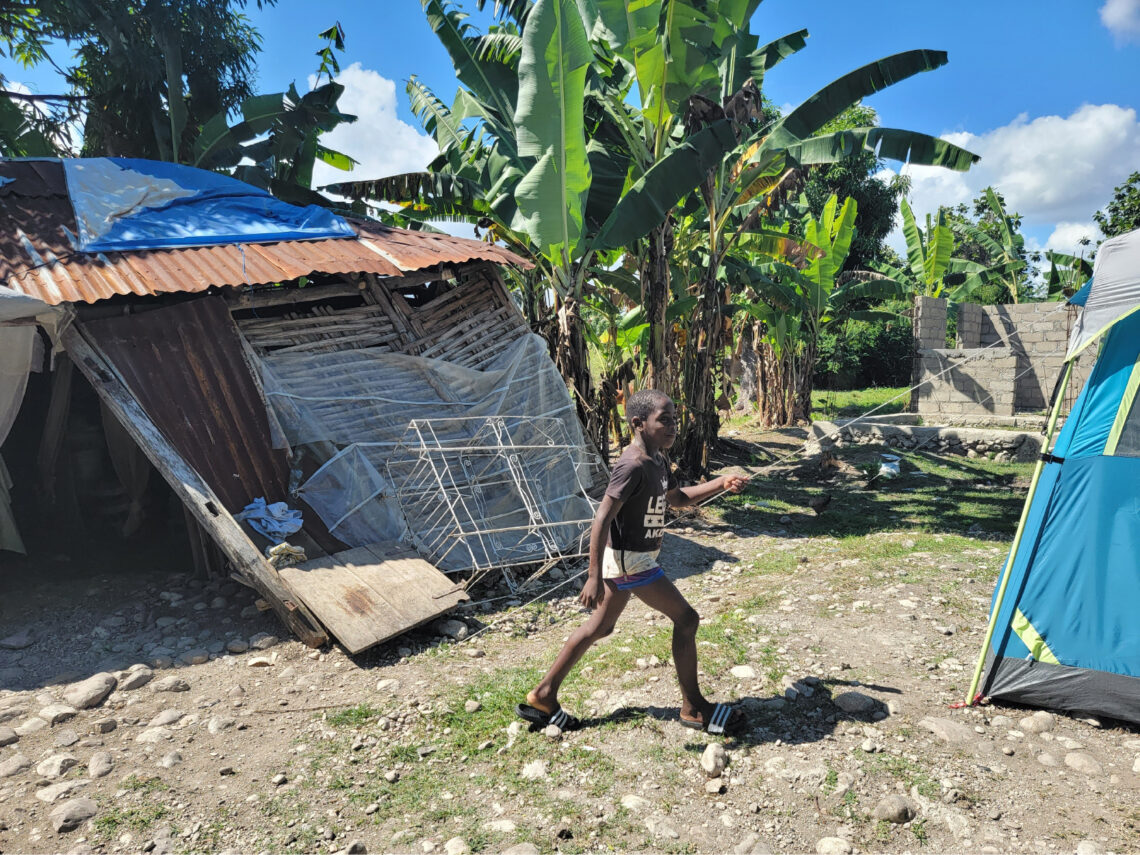 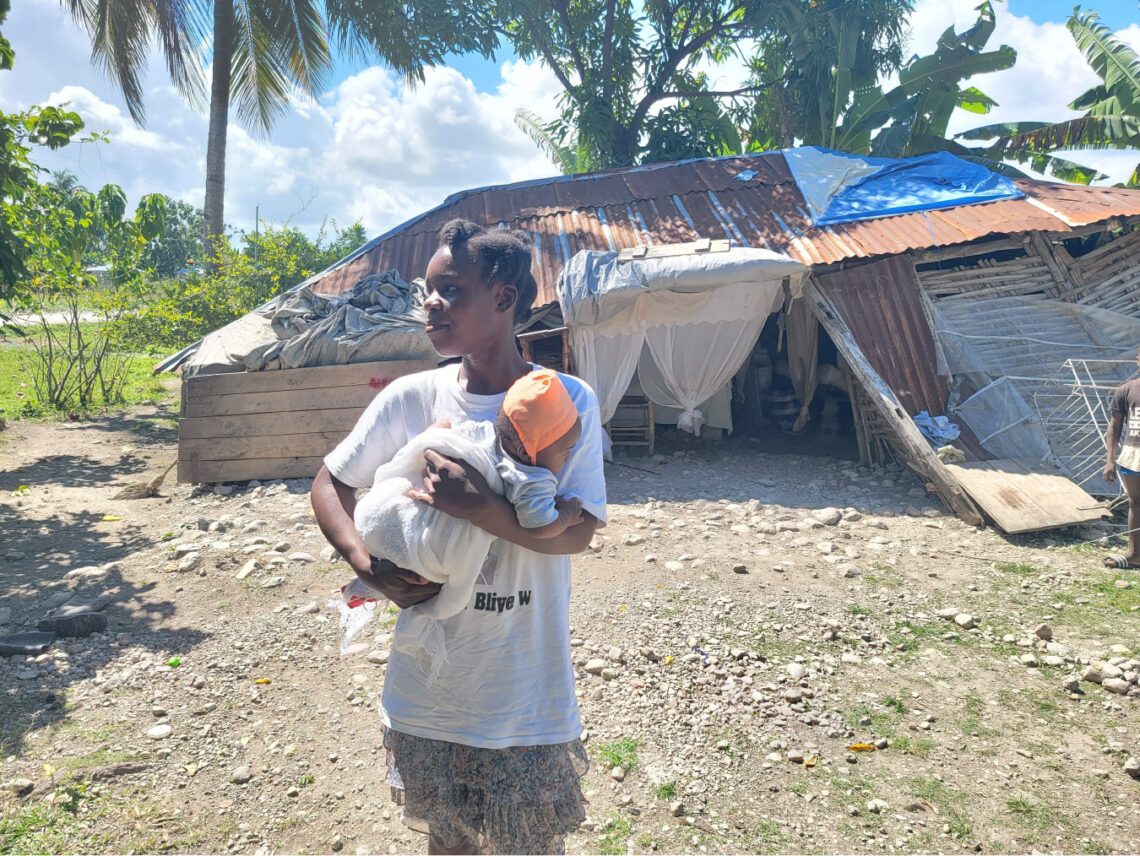 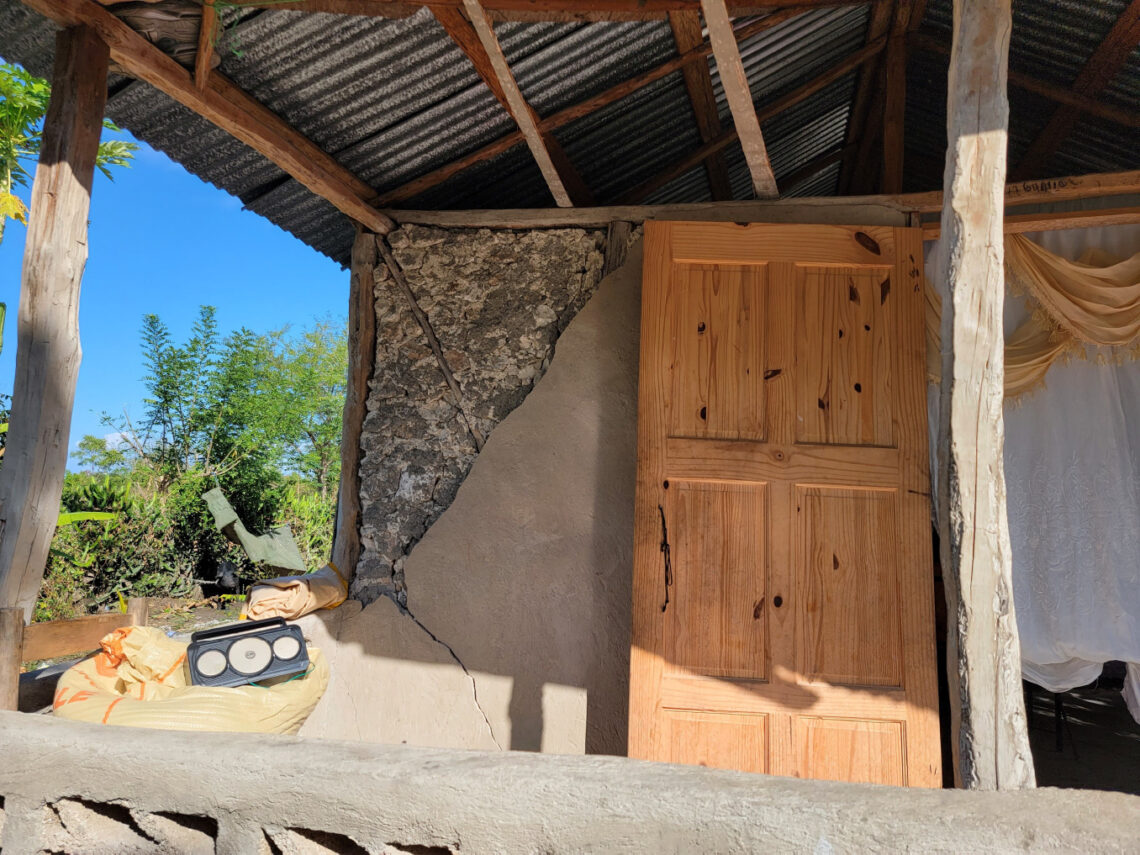 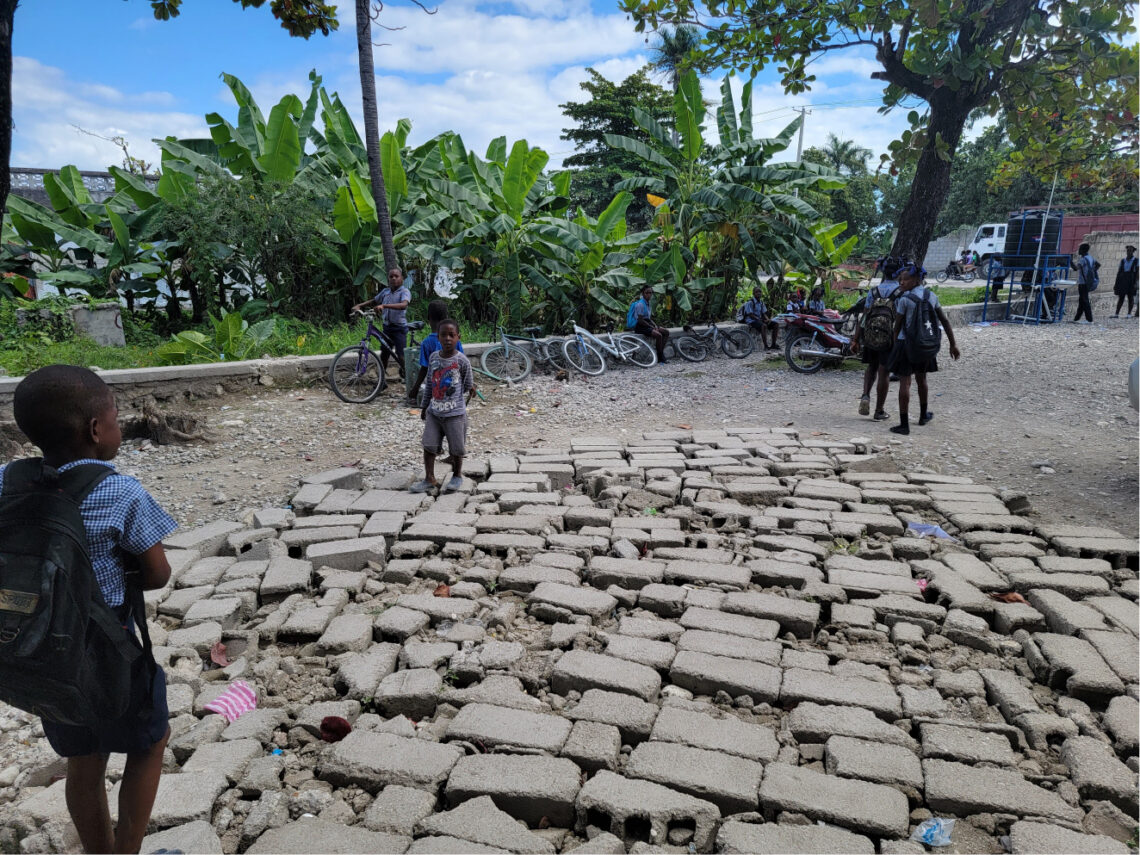 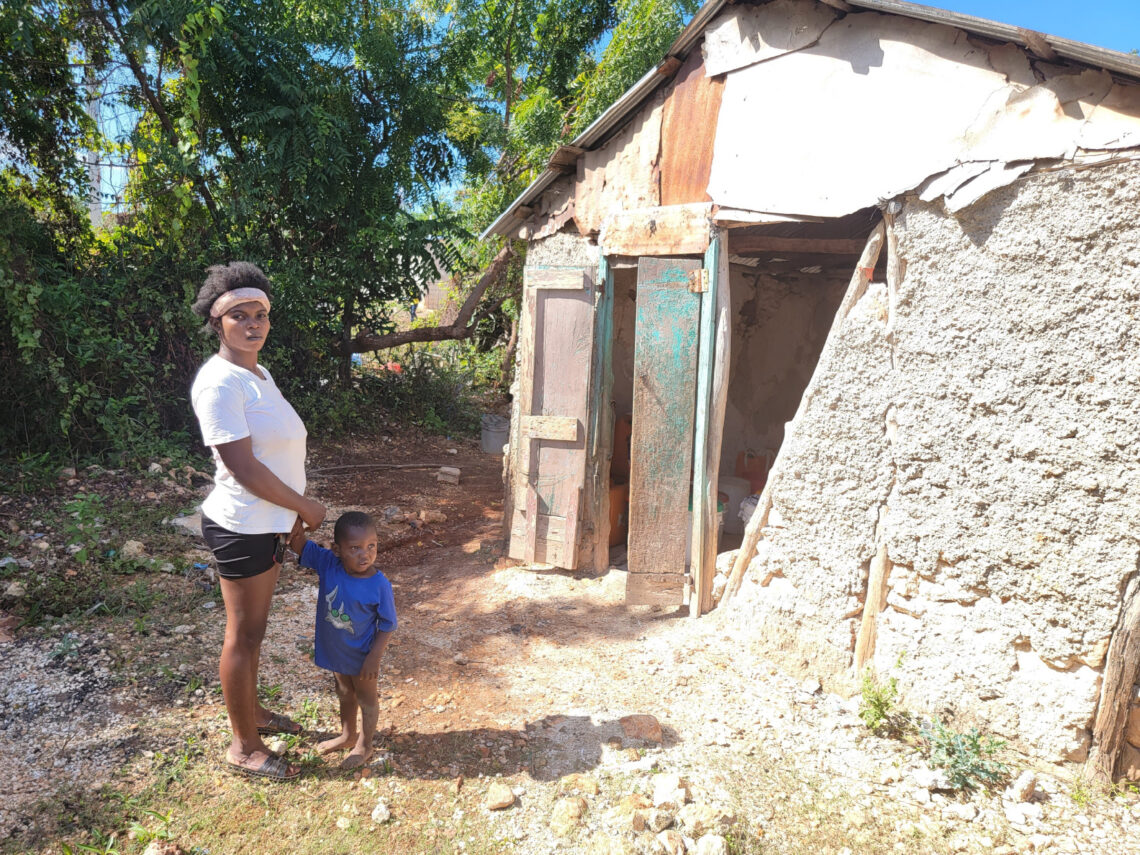 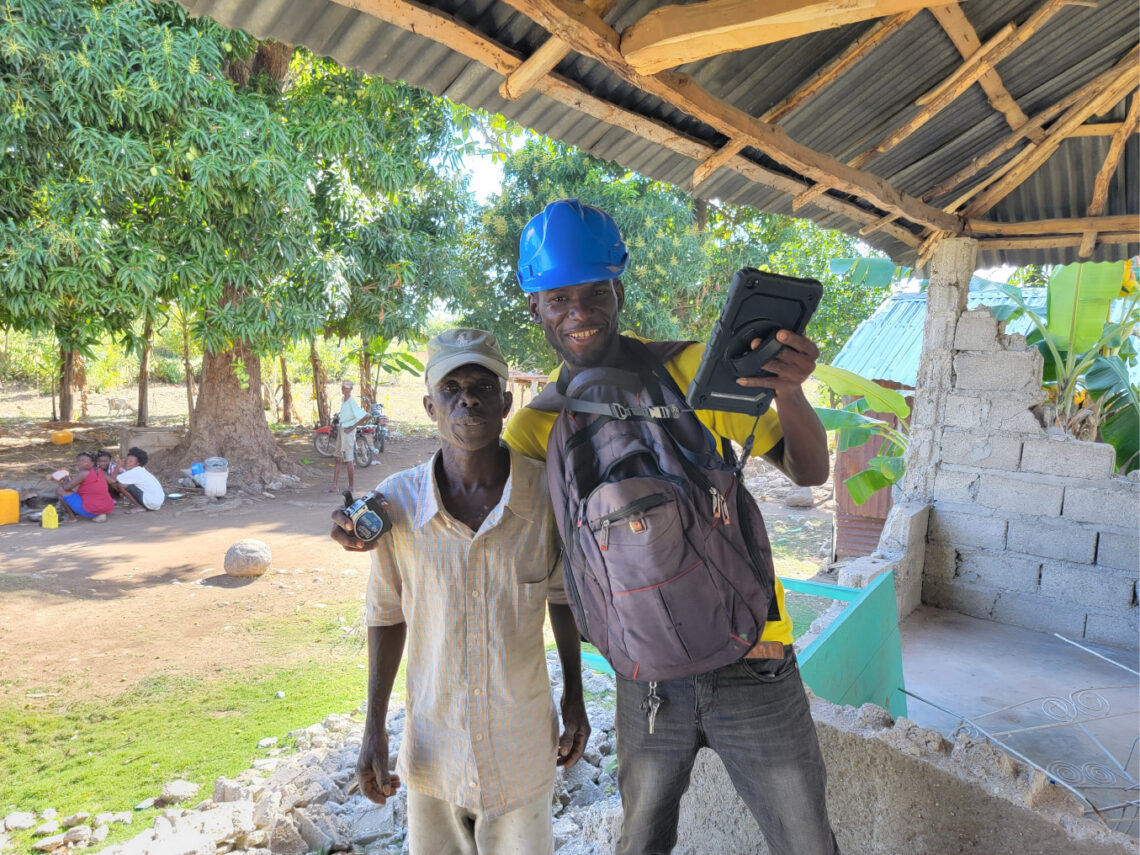 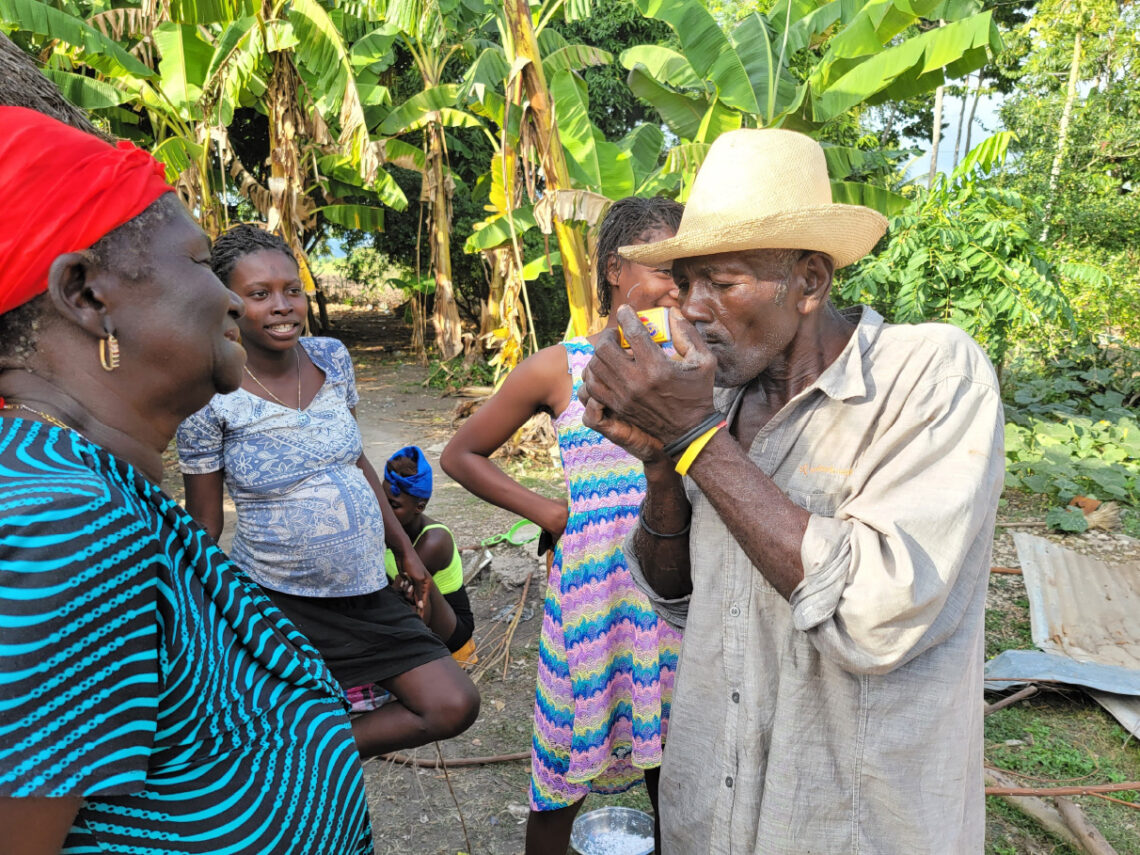 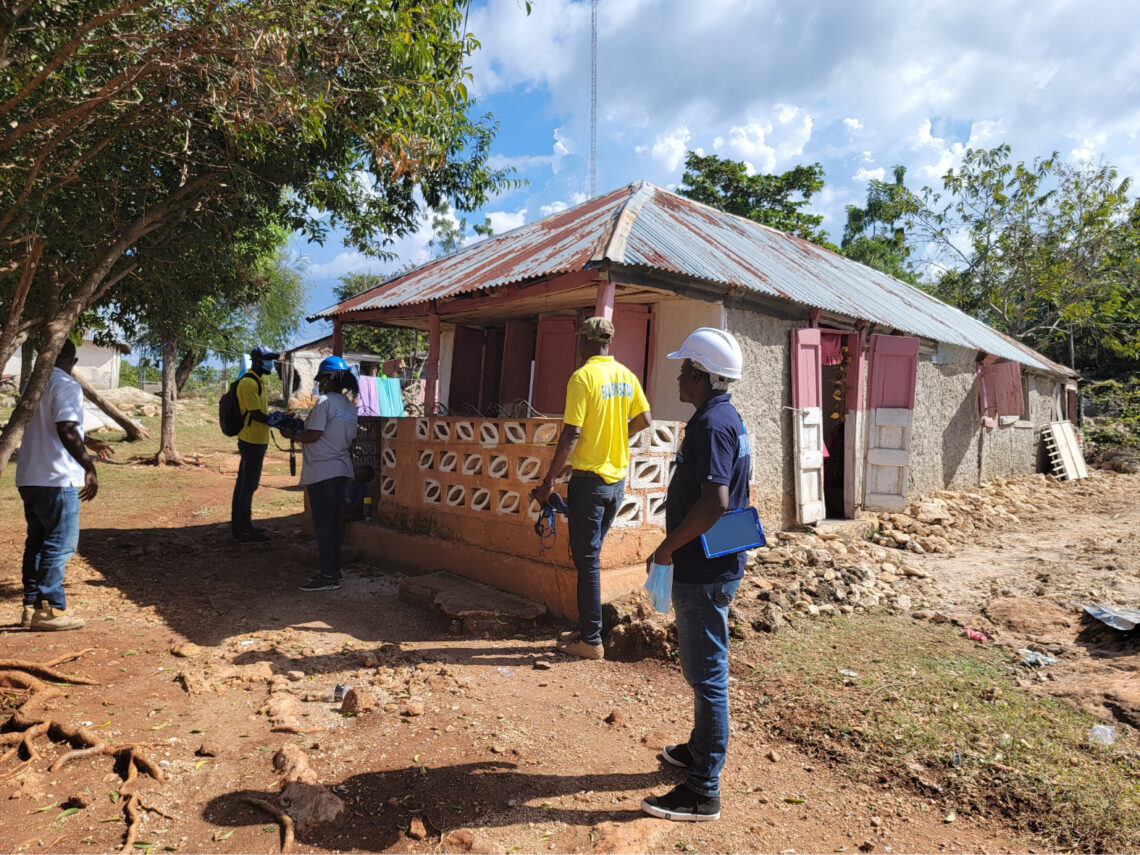 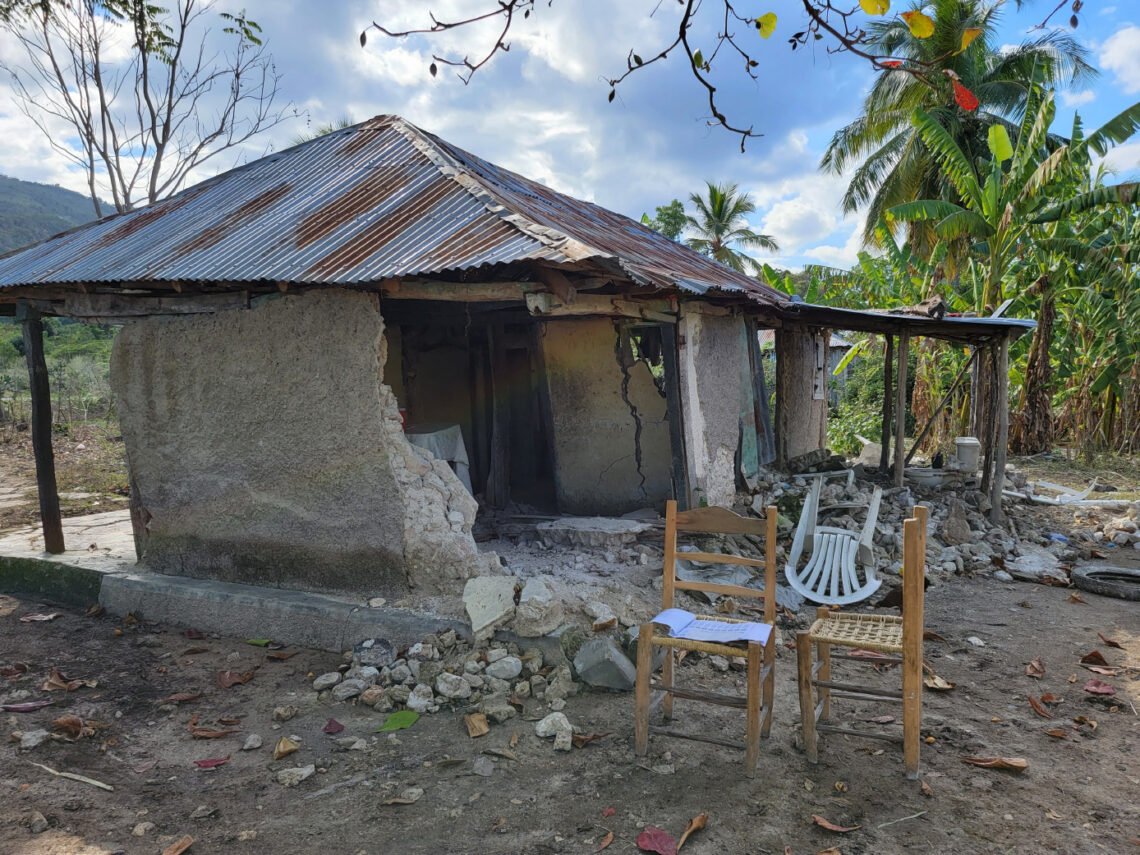