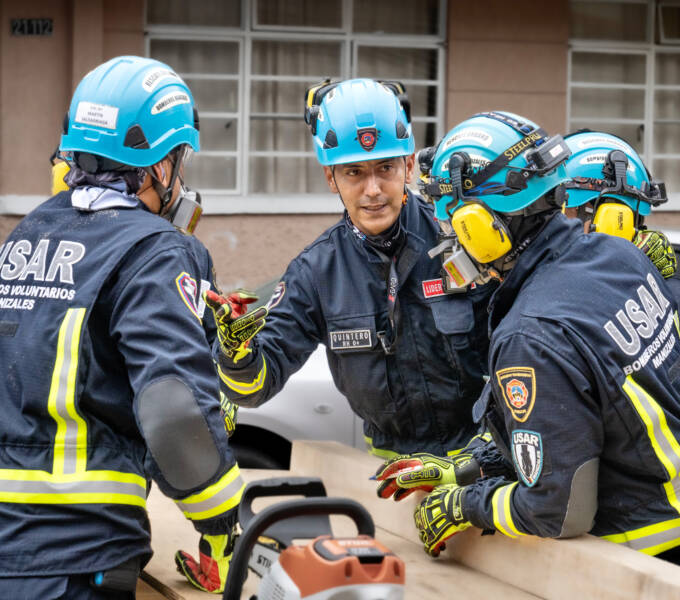 By Lucienne Noel and Jaime Eraso

Early one morning in 2018, Colombia’s National Unit for Disaster Risk Management received an urgent request from Peru, where a 7.8 earthquake struck moments before. Within hours, Colombia’s Urban Search and Rescue (USAR COL-1) team boarded an Air Force plane and were the first international group to arrive. The team split, with some heading to the disaster zone and others taking over the coordination of incoming foreign assistance groups. The tents of an operation base were quickly raised near the epicenter, while structural specialists determined the safest routes and rescuers used dogs and advanced scanners to search collapsed buildings for life. If the pressure of air lifting the first victims wasn’t enough, this team also had international certifiers peering over their shoulders at every turn. This disaster zone, afterall, was a simulation exercise – the final challenge in Colombia’s multi-year journey to receive The United Nations’ recognition as an internationally accredited USAR team.

Well-trained USAR teams are essential for saving lives after disasters such as earthquakes, floods, landslides, and largescale structural collapses. Across Latin America, a coordinated effort to ramp up USAR sophistication and standardization means that teams can be rapidly deployed both locally and when neighboring countries are in need of aid, creating a uniform system of resilience and solidarity.

Urban Search and Rescue (USAR) is the location, extraction, and initial stabilization of people trapped in confined spaces or under rubble. Beyond just first responders, USAR teams are highly trained and tactical units that specialize in techniques from management and logistics, to atmosphere detection, to collapsed structures, psychosocial response, and pre-hospital assistance. The goal for these teams is to rescue the largest number of trapped people in the shortest amount of time while minimizing the risk to rescue teams. Latin American units have responded to major disasters throughout the region, including recent earthquakes in Ecuador (2016), Mexico (2017) and Haiti (2021).

In June 2022, Natalia Valencia, Commander of the Manizales Volunteer Fire Department in Colombia, led her team through the light-level accreditation simulations and may become the first woman leader of a USAR team in Latin America and the Caribbean. 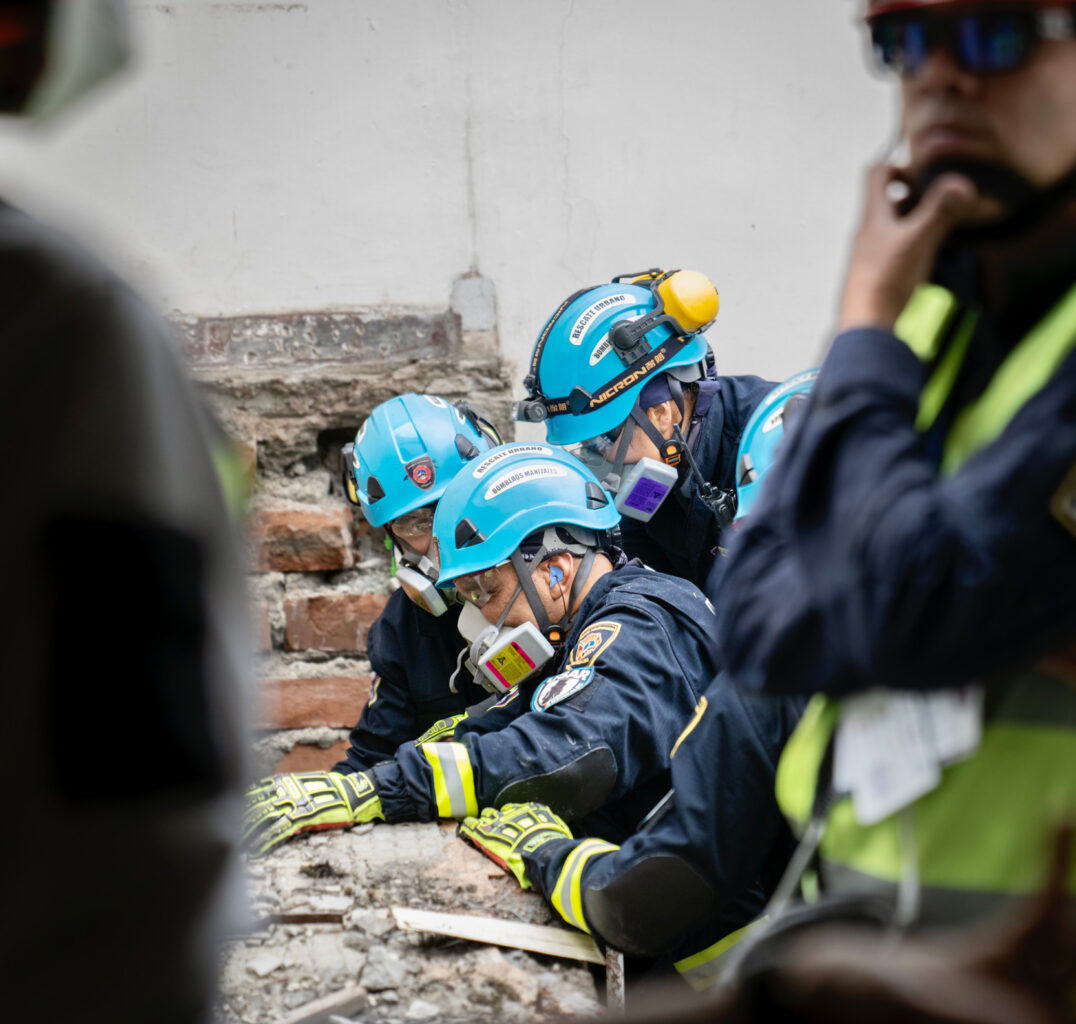 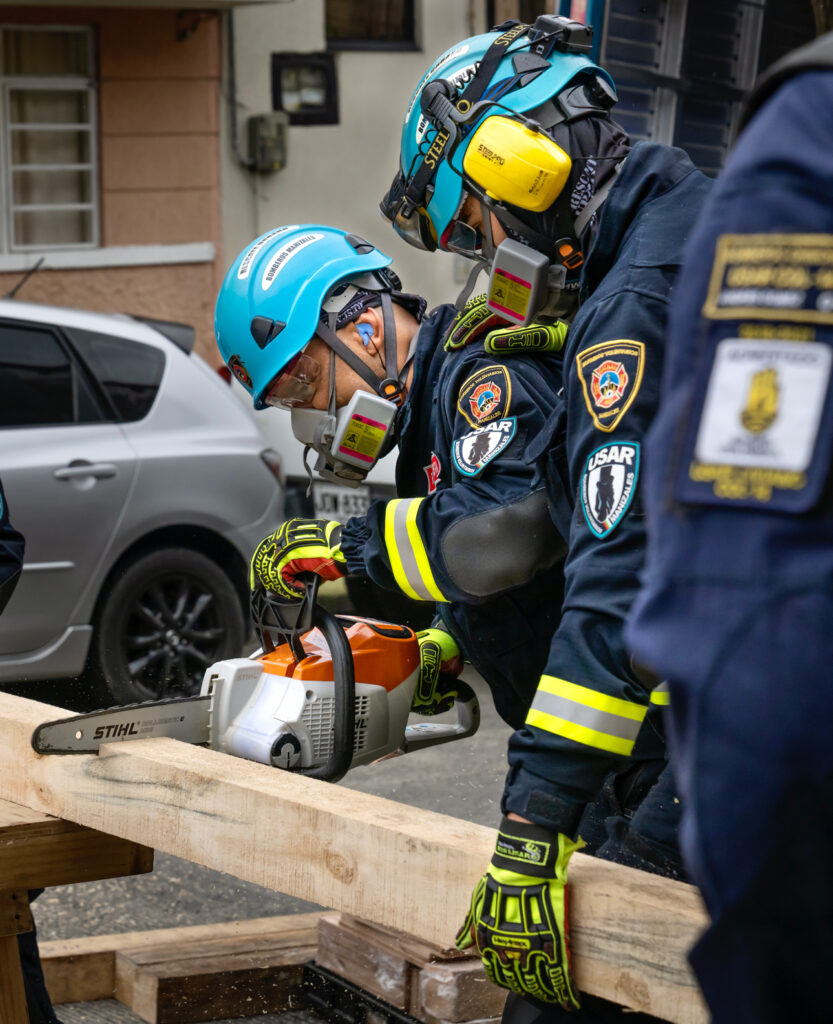 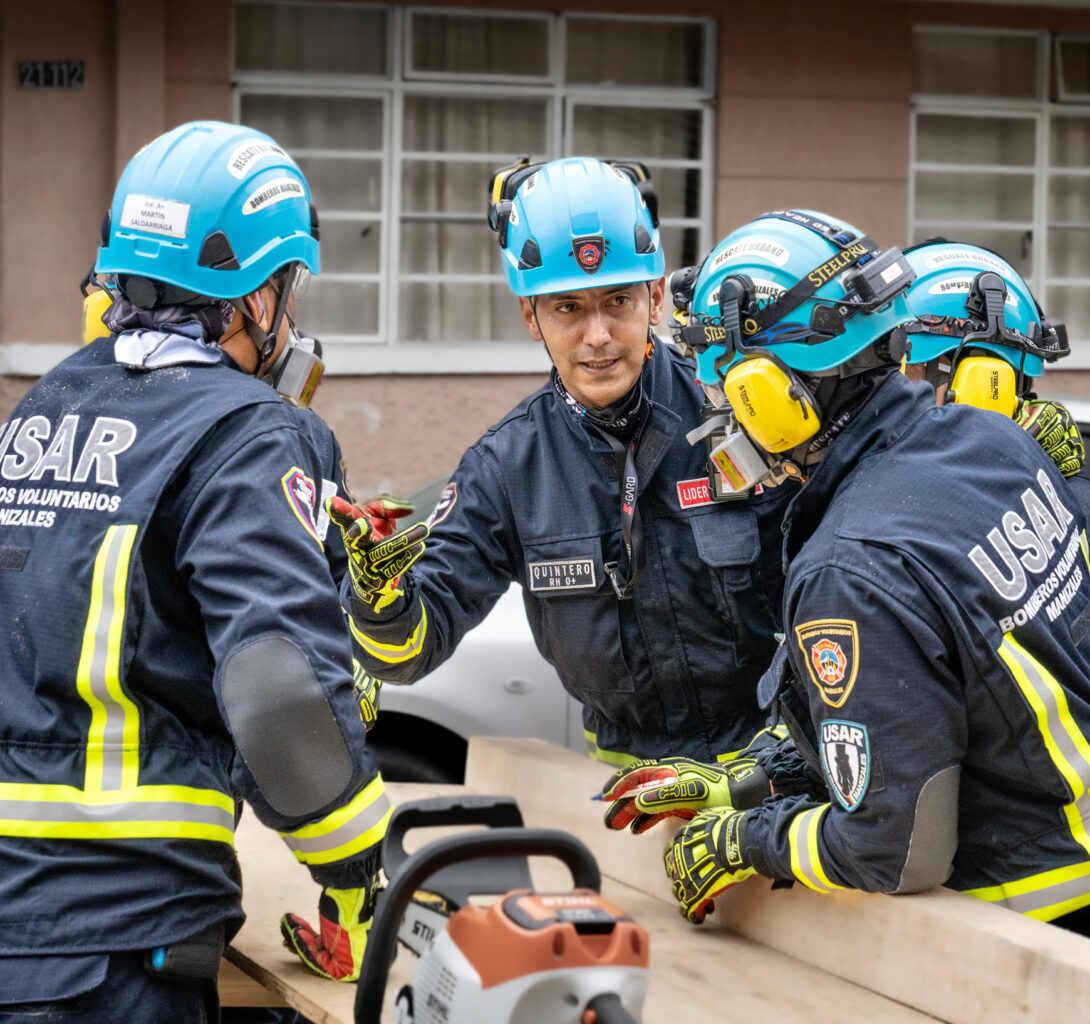 The Benefits of Standardization

USAR teams, like Colombia’s COL-1 team, can swiftly deploy to neighboring countries and even lead logistical coordination, to ease the pressure off local authorities in the midst of immediate disaster response. This coordination is only possible thanks to INSARAG’s External Classification system (IEC), which promotes a common global language related to the skills and mission of each USAR group and allows agility in the aid process. The external classification system is an independent, verifiable, and voluntary process.

After sending a team of firefighters to assist in Haiti after the 2010 earthquake, the National Commission for Civil Protection in El Salvador also pledged to formalize its own USAR team and seek accreditation. Since then, the United States Agency for International Development (USAID) and engineering firm, Miyamoto International, have also committed resources to building El Salvadorian USAR units ready for national deployment and to continue the arduous process toward INSARAG accreditation. Similar efforts to increase training, procure tactical equipment, and achieve this incredibly rigorous accreditation are also underway in Chile. This regional network of accredited teams is the first to be alerted for mobilization.

As incidence of natural and man-made disasters rise around an increasingly urban and densely populated world, international uniformity and solidarity among sophisticated USAR teams represents a critical pathway toward disaster preparedness, and an essential lifeline to ensure immediate response efforts save the most lives possible.

Jaime Eraso is the Colombia National Program Manager for Miyamoto International, which partners with the U.S. Agency for International Development and Colombia’s National Unit for Disaster Risk Management to support USAR training and accreditation.