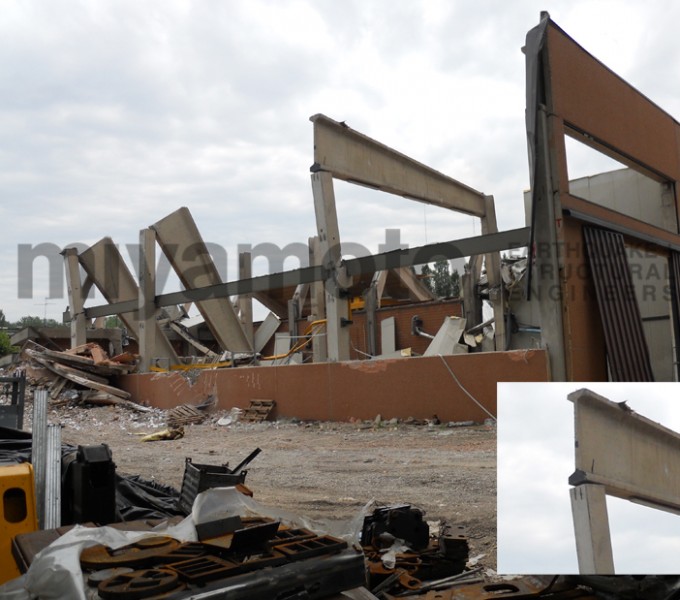 Our Miyamoto Milano team planned to return for Phase 2 investigations on May 29th, but subsequent quakes and aftershocks ranging from 5.8 to 4.4M hit the area again. For safety concerns, our team has been in a holding pattern with plans to return this Thursday. Initial reports find patterns of damage related to precast concrete structures frequently found across many industrial areas in the effected zones.

Only as recent as 2003 was this area declared an earthquake zone. As a result, these structures have not been constructed with earthquake safety in mind and many of the fallen buildings show evidence supporting a lack of structural integrity that accounts for the lateral movement seen under earthquake conditions. Further study will be required, but initial inspections seem to substantiate the preliminary evaluation that a lack of positive connections between the precast elements and the roof structures were not fortified.