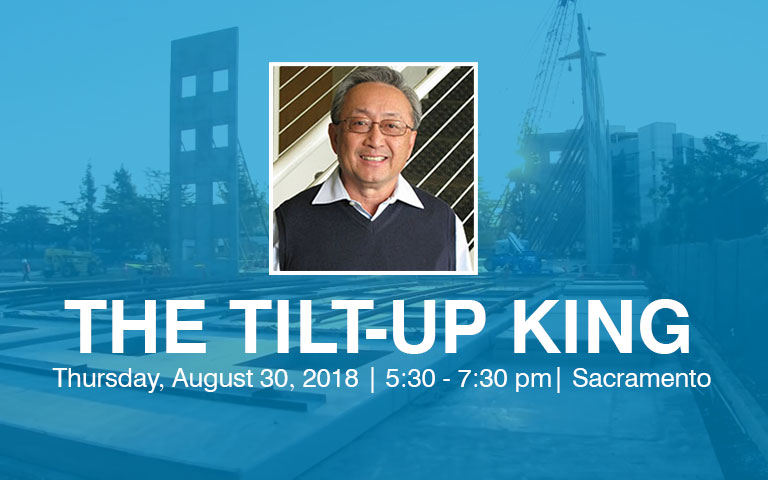 SACRAMENTO, Calif. —In the tilt-up design world, few people have the reputation that structural engineer Francis Lo does. Clients turn to him with their most challenging checklists for tilt-up buildings. “I tell them, ‘If you can lift it, we can design it,” said Lo, a principal at Miyamoto International.

His colleagues at Miyamoto call him “the 100 Million Square Foot Man” for his design of huge warehouse, distribution and industrial buildings, such as 1 million-square-foot one he and his team engineered for client McShane Construction Company in 2015 for the Redlands Logistic Center, a LEED-silver, Class A building on 50.5 acres now occupied by Ashley Furniture.

“We are the pioneer in this area right now,” Lo said. “We have done over 100 million square feet of tilt-ups in all.  Tilt-ups save time and money.  That’s why clients love them.”

Hale Medical Center, a four-story tilt-up that he and his team engineered in 2015 that “pushed the envelope” in seismic Southern California also was featured in the video below. “That was very challenging and rewarding,” said Lo, whose two adult children also are Miyamoto structural engineers.  Other notable projects included two giant award-winners, Midpoint@237 in San Jose and The Crossings@880 in Fremont.

In the tradition of knowledge sharing the firm is known for—winning the  U.S. Presidential “E-award” — Miyamoto will host a Francis Lo talk on how to save money on tilt-ups on Thursday, August 30 from 5:30 to 7:30 pm in Sacramento.

“This is a chance to hear from the Legend of Tilt-Ups,” said Dr. Kit Miyamoto, the firm’s CEO.