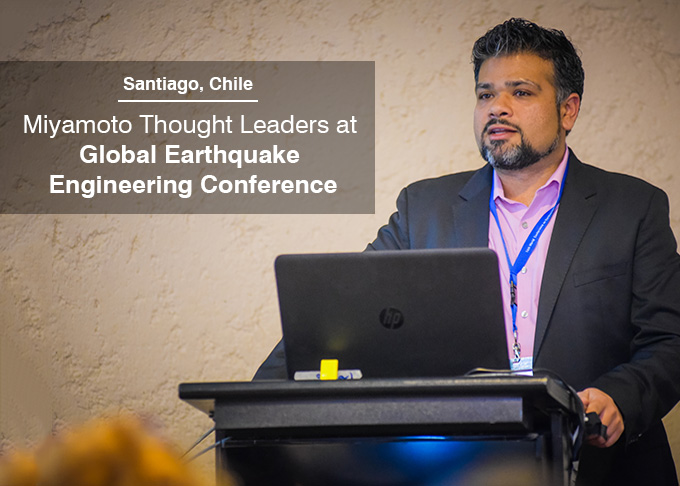 SANTIAGO, CHILE – From the seismic protection of one of Michelangelo’s most famous statues to new technical studies on the performance of pagodas, heritage cathedrals and high-rises in large earthquakes, Miyamoto International will present no fewer than six technical papers by its PhDs and structural engineers at the 16th World Conference on Earthquake Engineering that began Monday.

Held only once every four years, the conference, this one in Santiago, Chile, will host 3,000 of the world’s top earthquake engineers as the event focuses on sharing knowledge about improving structural resiliency to earthquakes.

The papers Miyamoto International authors are presenting at WCEE are by esteemed earthquake engineering authors such as H. Kit Miyamoto, Amir Giliani, Tsutomu Nifuku, Devis Sonda and Forrest Lanning. They include:

The conference organizing committee is chaired by Rodolfo Saragoni, a professor from the University of Chile, and runs through Friday.