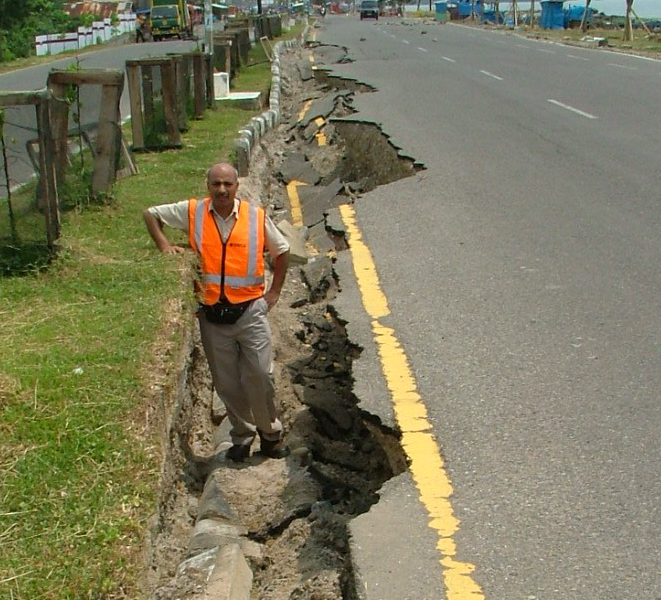 A report by a Cal State Northridge geologist says that the San Andreas and San Jacinto faults could rupture together, setting off an earthquake in California that’s more catastrophic than we’ve anticipated. Dr. Kit Miyamoto responds:

“I have been living in disaster zones for almost 10 years in various parts of the world… from China, Italy and Haiti to Japan, New Zealand and Nepal. All these places experienced big earthquakes that were unexpected. In California, people say we are prepared for a big one, but most people don’t have slightest idea what real urban disaster looks like. The 1989 and 1995 earthquakes were moderate ones. Direct hit on LA will leave downtown LA a red zone, no entry. There will be too many high-rise buildings that are dangerously tilted because that’s how US code allows new, tall buildings to perform under severe earthquakes. I forecast many businesses and some banks and investment agencies will go into bankruptcy. There will  be a tremendous amount of economic impact. We simply do not have affordable earthquake insurance like New Zealanders had in the 2011 Christchurch earthquakes to transfer the risk. But it doesn’t have to be this way. We can change the future by using resiliency engineering. It is available and affordable.”