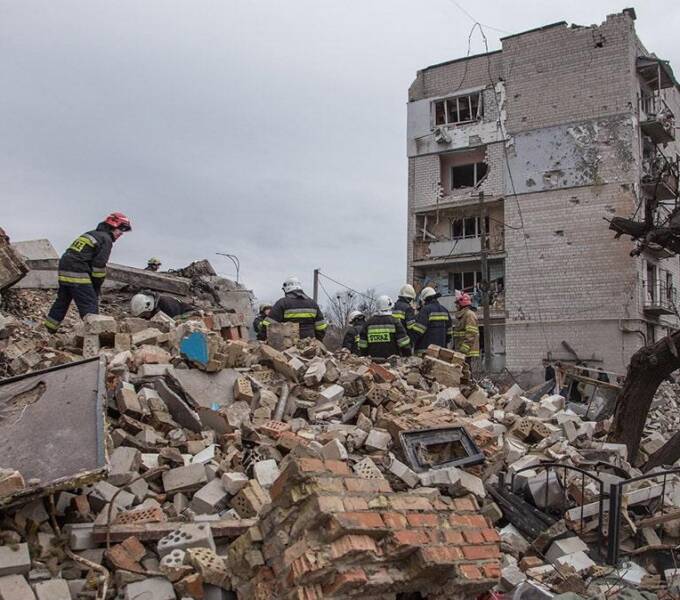 Any disaster has the potential to set in motion a series of cascading risks, with hazards triggering a chain of new risks – and war is certainly no different. The largely dormant risk posed by asbestos building materials, which are usually contained in standing structures, becomes a serious long-term hazard when bombs or earthquakes reduce buildings to rubble. This creates health risks long after the initial destruction. It is crucial for recovery and reconstruction plans to consider this long-term risk to avoid future public health disasters.

The war in Ukraine has wreaked havoc on urban areas, and has already caused over six million people to flee as Russian forces continue to bomb their neighbourhoods. We hope that the war will soon end, and that families will be able to return to their homes.

However, the war also will have cascading, long-term impacts, including a secondary environmental disaster caused by uncontrolled asbestos. This will undoubtedly present significant long term health risks for residents and also for those who may come to assist in reconstruction efforts.

One issue of serious concern is the problem of unprecedented asbestos contamination, at a scale that the world is ill-equipped to deal with.

Olivia Nielsen is an Associate Principal at Miyamoto International where she focuses on resilient and sustainable urban solutions. From Haiti to Papua New Guinea, she has developed and worked on critical urban programs in over 30 countries. Through her work she hopes to build green and resilient cities for all!