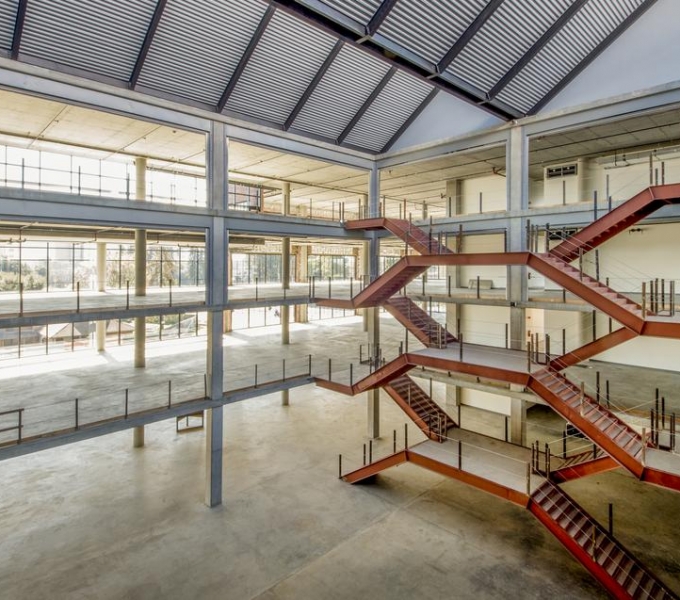 A new generation of corporate campuses is emerging on the Peninsula as the number of urban sites dwindles and companies are forced to explore options outside of San Francisco.

The suburban corporate campus of today barely resembles the nondescript construction of years past. Sleek, sustainable buildings marked by green space and located close to transit are what’s in. Amenities such as child care, transportation, fitness centers are becoming more the norm than the exception as companies continue to fiercely compete for talent. Proximity to transit and housing are crucial.

Those companies that can’t find what they’re looking for when it comes to office space are taking matters into their own hands and building out their own facilities.

Here we’ll take a look at the new generation of corporate campuses and what they have to offer. 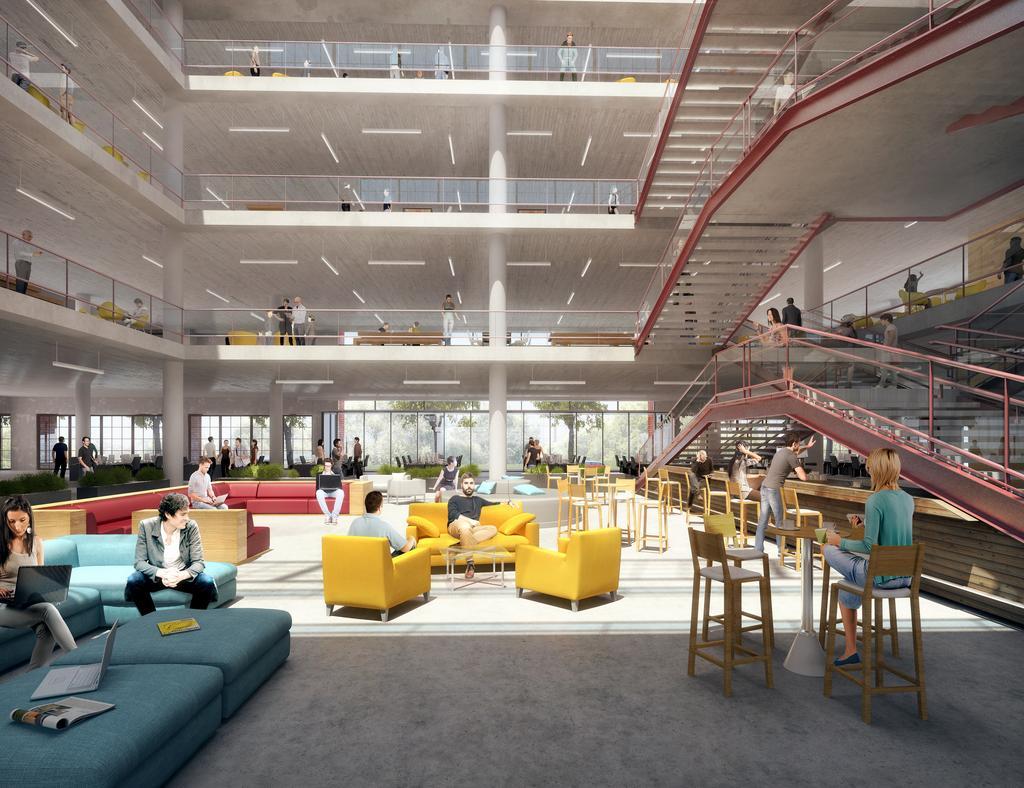 Amazon has leased the entire 214,000-square-foot office building at 2100 University Ave. in East Palo Alto, where it plans to hire 1,300 tech workers.

Chase Lyman, Sobrato Organization’s vice president of leasing and acquisitions, notes that the project was already entitled when Sobrato bought the site. But while the buildings were well-designed and efficient, Sobrato felt they needed more to entice a big tenant.

“We wanted to offer something very unique, special and different,” he said, noting that the building’s amenities were built into the project.

To make it different, Sobrato first had to take all the parking out of the underground space and move it into a parking structure. It wanted to turn the two buildings into one so everyone could be under the same roof with a much bigger floor plate so it pushed out to the property line.

Sobrato built a three-level bridge that connects the building to the garage with a roof deck on top of the fourth floor with views of the foothills and the Bay.

Their space initially lacked an abundance of natural light, leading Sobrato to build a 4,200-square-foot atrium down the center of the building with skylights on top. The design gives co-workers the ability to see their other employees throughout the whole building, according to Lyman.

The developer chose to use concrete rather than steel, which has been popular, in an effort to give more of “a creative and techy feel,” Lyman said.

“A lot of our amenities came in the form of quality construction,” Lyman said. ”We tried to provide amenities within the design of the building and flexibility of construction.”

Amazon is set to move in this month and is in the middle of building out its tenant improvements.

The company said it will eventually hire 1,300 more employees for the site.

“We can’t build suburban office buildings,” Sobrato President of Real Estate Rob Hollister said in an interview last year. “That’s why we went through the redesign into the current building. It’s a little pioneering, but a tenant is getting something absolutely unique that they can’t find anywhere else on the Peninsula.” 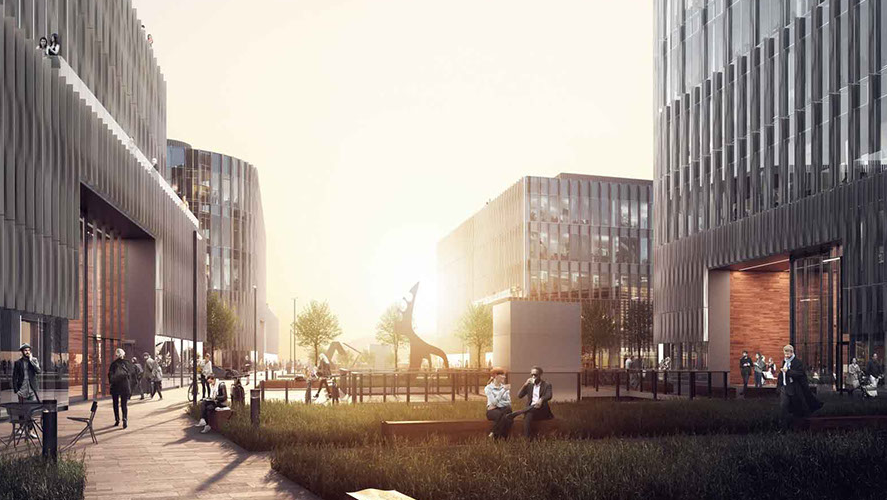 Burlingame city officials hope that the project is just a first step in building up the city’s entire Bayfront area, which still has plenty of room for new office and hotel development.

Kylli, a subsidiary of Genzon, plans to erect 767,000 square feet of office, retail and life sciences space in four buildings on the site at 300 Airport Blvd. The buildings will range from two to seven stories tall. The project is being built speculatively, according to Mike Moran, managing principal and executive managing director at Cushman & Wakefield, who is marketing the property along with Clarke Funkhouser. The campus will be able to accommodate office, life science and lab. It’s 50 percent lab ready, and two buildings on the waterfront will be multi-tenant capable from day one.

Kylli didn’t just accept the previous entitlements. It spent nearly two years re-entitling the site to improve the pedestrian flow and adding features to the skin of the building to allow for various usable indoor and outdoor terraces throughout the project. It also is including rooftop gardens and large waterfront parks. Gensler redesigned the project.

The campus also will feature “world-class” restaurants and other retail in addition to a daycare and a scaled gym, according to Moran.

In general, Moran noted, scale in the San Francisco Bay Area in an urban downtown setting “is extremely hard to accomplish.”

Many Bay Area tech workers live on the Peninsula so locating there is becoming more attractive to companies, said Moran.

“Today’s cutting-edge companies are building office product that meets their need because a lot of developers aren’t,” Moran said. “Developers have not kept up with that, so companies are off building on their own.”

Moran said there’s no rocket science to figuring out what amenities tenants might want.

“But there’s an art to how you aggregate them, and how you present them to tenants,” he said. 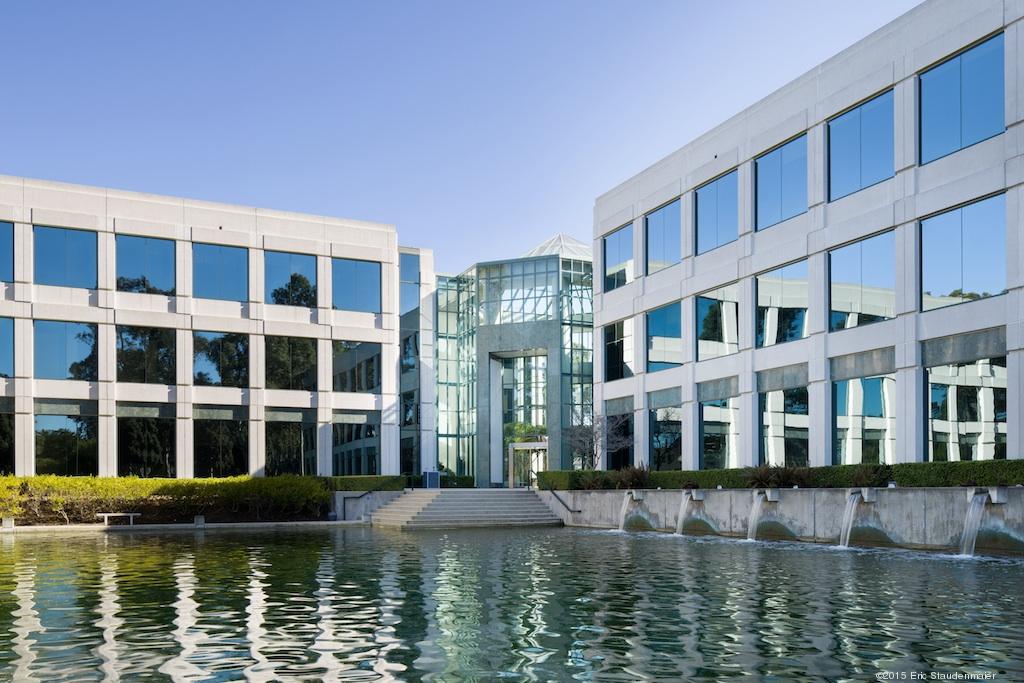 One of the buildings YouTube acquired as part of its acquisition of Bayhill Office Center in San Bruno. | Eric Staudenmaier

Video streaming company YouTube is planning a modern corporate campus within the office park it now occupies in San Bruno.

YouTube is working with the city of San Bruno on a specific plan to build out the campus.

“The natural beauty and proximity to major transportation centers makes this an ideal environment to create a campus that is inclusive, integrated, and inviting,” said Drew Sherwood, director of real estate and workplace services for YouTube, via email. “We look forward to working with the community and local officials to ensure that as we grow, San Bruno will continue to thrive.”

To keep its campus appealing and comfortable to employees, YouTube offers a variety of amenities currently including massage chairs, mother’s rooms, nap pods, meditation rooms, music rooms, a fitness center, a lap pool and game room. The campus also features a slide (similar to the ones you find on a playground) that is incorporated into the design. 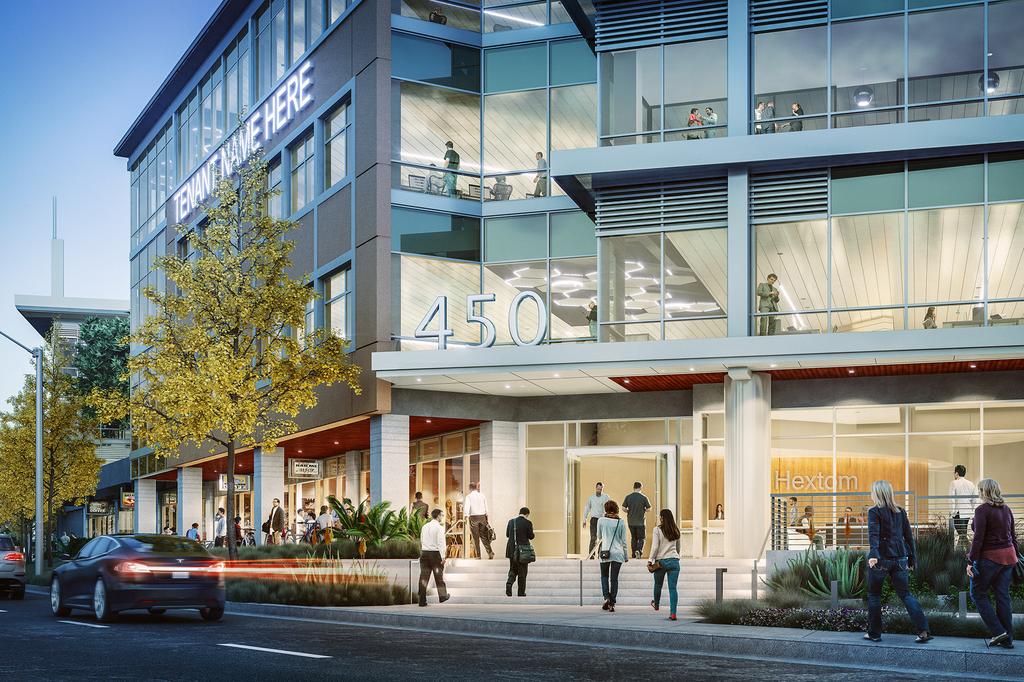 The building is part of a three-building office complex, 400-450 Concar, totaling 305,000 square feet within walking distance of the Hayward Park Caltrain station. It’s also a stone’s throw from Essex Property Trust’s Station Park Green, a 599-unit apartment complex under construction nearby, which will have two acres of parks.

Cameron Falconer, senior managing director of Hines, said that when his company took over ownership of the property, it had been preapproved for a 100,000-square-foot project. This was prior to the 2005 adoption of San Mateo’s Rail Corridor Transit-Oriented development plan.

“Our opportunity was to re-design and re-entitle it with a more urban form,” he said. Form4 Inc. was the designer.

The developer was facing a 55-foot height limit.

Ultimately, Medallia signed on for 70 percent of the space and worked with Hines to build in desired amenities.

“They designed a large terrace with open space that connects the second floors of the two buildings and provides them with indoor and outdoor space as well as a gathering space,” Falconer said. “They also have the ability to open up the wall of the second floor and that was a huge attraction for them since outdoor space is so important to companies today.”

Hines designed office space that was very flexible and Medallia chose to turn that into a lobby area along with a yoga room, a fitness room and a locker room.

“There’s a lot of access to light and air and a high level of sustainability with the project being LEED Platinum pre-certified,” Falconer noted. “We just wanted to make sure that there was a great connection to the outdoors.”

Hines also added two bridge connections on the third and fourth floors to connect the upper floors of the 450 Concar buildings together.

“These days, office is bleeding into residential, which is bleeding into hospitality and crossing back the other way.” Falconer said. “We’re seeing Wi-Fi connectivity and the co-working environment expanded into apartments and rental projects and then conference, fitness facilities, wellness and concierge coming into the office world. This is a trend that’s not going away.”