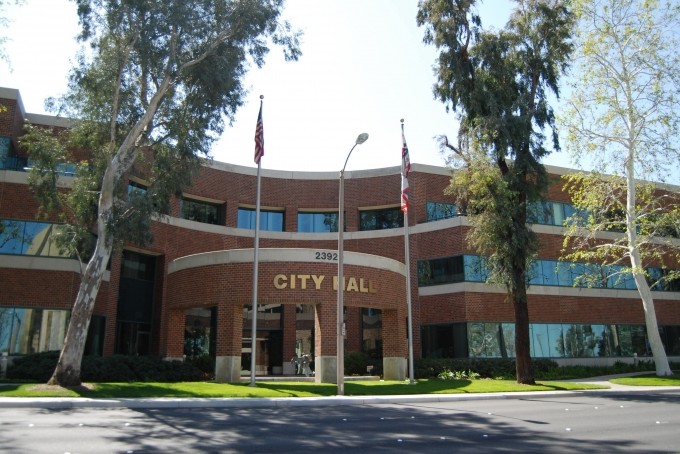 SANTA CLARITA, California – Although Santa Clarita’s City Hall was repaired and retrofitted after the 1994 Northridge Earthquake, city officials recently learned it wasn’t enough. Like many California cities and counties these days, officials wanted their city hall to double as an Emergency Operations Center should the need arise.
“It was not up to par as an essential building and we needed it to be,” said Mike Hennawy, senior engineer with the City of Santa Clarita. Damage from the Northridge quake resulted in city staff working out of a “tent city hall” immediately after the natural disaster.

What most people don’t realize is that structures built to code will perform well enough to get people out alive and that’s all. Unless a building is built “above code,” structures should not be expected to be operational or even repairable after a major seismic event.

When Santa Clarita’s City Hall was analyzed to see how it would perform in another Northridge-level earthquake, engineers found it wanting. People would escape with their lives, but various structural components had failure rates of between 50 and 73 percent. That’s when they brought in consultants, including Miyamoto International, to advise them on a retrofit that would make the three-story building so strong and safe it would stay up and running after the next big earthquake. 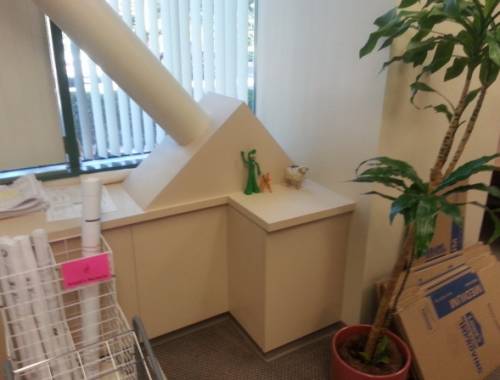 Another firm’s design using steel braces at all moment frame bays on all floors was scrapped when Miyamoto came up with a design using fluid viscous dampers. Miyamoto was hired, along with architectural firm Bastien and Associates. Dampers dissipate energy, much like the shock absorbers in your car do. To see how dampers work, view the video below.

The FEMA FY 2014 Pre-Disaster Mitigation (PDM) Grant Program was applied for and utilized to help pay to retrofit the city hall building at a cost of $1.1 million. FEMA paid $825,000 and the city had a 25 percent required match — or $275,000. The federal agency’s PDM program made $63 million available nationwide with the goal of helping communities proactively mitigate disaster now to lessen post-disaster reliance on federal funding later. The thinking is: If your building is strengthened and performs well now it won’t have to be demolished and rebuilt when disaster hits.

The work on Santa Clarita’s City Hall occurred at night and on weekends to minimize the impact on city operations and staff. By using dampers, no new construction was needed on the third floor, reducing construction time, costs and staff relocation significantly, Hennawy said. He said the cost to add dampers saved the city about 25 percent.

The newly retrofitted City Hall opened in August, just days after the powerful earthquake in Napa, California destroyed 70 buildings. Officials in Santa Clarita said it was a strong reminder that they did the right thing.

“We’ve been getting a lot of positive feedback,” Hennawy said. “Overall, adding the dampers cost less, not more, and we have a stronger, better building.”

For more information about the Santa Clarita City Hall retrofit consider attending the 2014 Buildings At Risk Summit – Strengthening Our Cities.