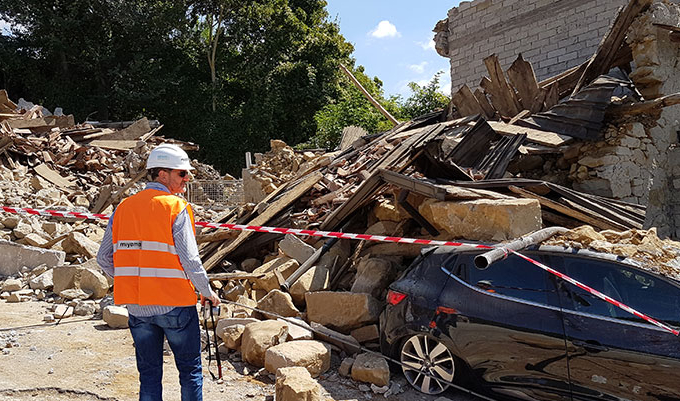 Early in the morning we drive towards Amatrice, but many roads are closed due to landslides and bridge damage, and access is restricted since the rescue operations are still ongoing.

Near Amatrice we meet Mario, who lives near L’Aquila and was spending his holidays here. We responded to the 2009 earthquake in L’Aguila so we know it well. Damage was similar to what we are seeing here. Mario just received the funds from the Government to repair his house damaged by the L’Aquila earthquake. He brings us to a 15th-century church where, once a year, all the people of Amatrice have historically gathered for a pilgrimage. The Sanctuary of Madonna di Filetta is very hard to reach by a narrow and badly paved road; it was strengthened few years ago and remains standing, although there are some cracks in the bell tower and in the interior paintings.

While surveying the church, we clearly feel one of the hundreds aftershocks that have hit Italy since the big earthquake August 25. Luckily, we are outside when it hits and the shaking is very short. 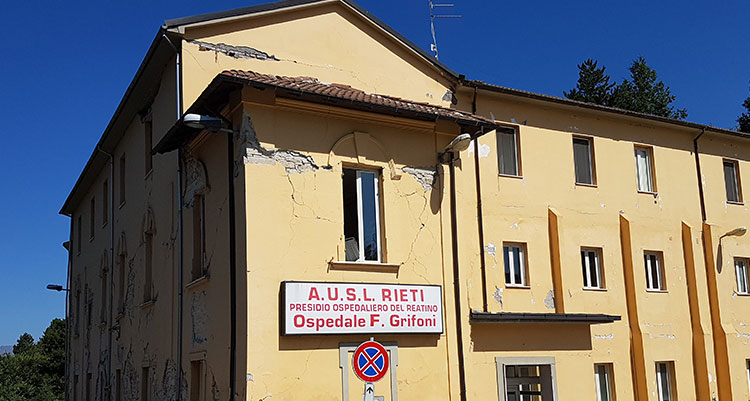 The hospital near Amatrice is severely damaged with extensive diagonal cracks in the walls and inside the ceilings have fallen in. The historic first and second floors – once a convent – are unreinforced stone masonry, which could be repaired and strengthened to improve seismic performance. Patients were immediately evacuated after the first shocks. 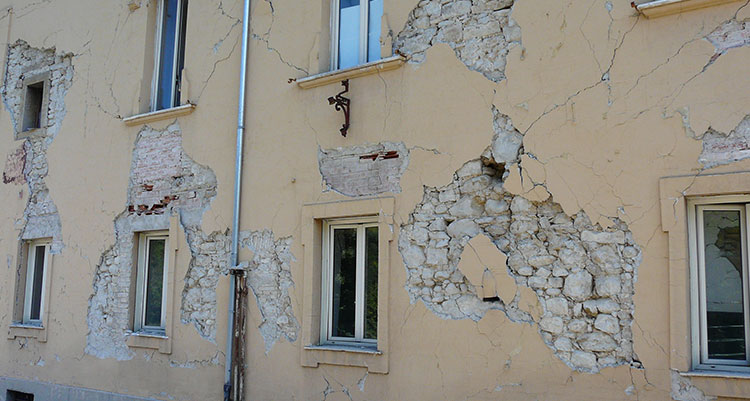 This building, which is supposed to remain operational after a disaster, stood strong enough to save the lives of those inside, but is no longer usable for rescue operations. The patients were taken care of outside or moved to other hospitals in the immediate aftermath of the main shocks. This was done with great difficulty due to poor road conditions. 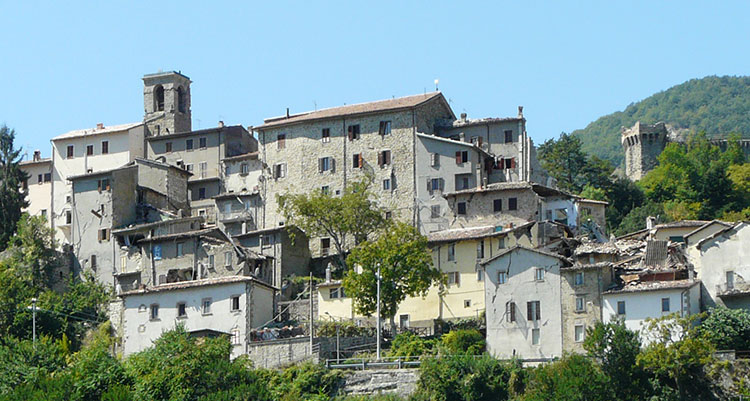 The same thing happened to the school of Arquata del Tronto, again severely damaged and near collapse in some parts of it. 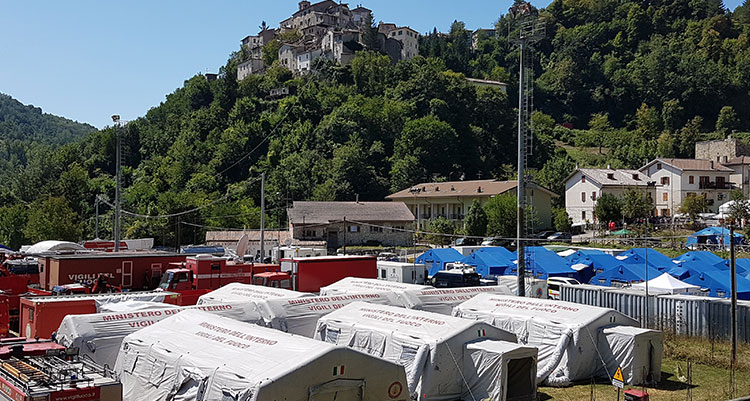 The next closest hospitals are now 30 km away in Ascoli Piceno and Rieti and schools will be housed in temporary buildings in the affected areas. It is hard to say what will happen to the once-magical town of Amatrice. Residents numbered less than 3,000 before the earthquake. Damage assessments have not started yet, so we do not know how many homes will be green- (safe to enter), yellow- (damaged, but likely repairable) and red-tagged (dangerous, do not enter). The damage is substantial and heartbreaking.