The night has passed with a few hours of sleep full of thoughts and images of this immense tragedy printed on our minds. A thought out of all of this: as earthquake engineers we should do more to prevent these tragedies from happening again. 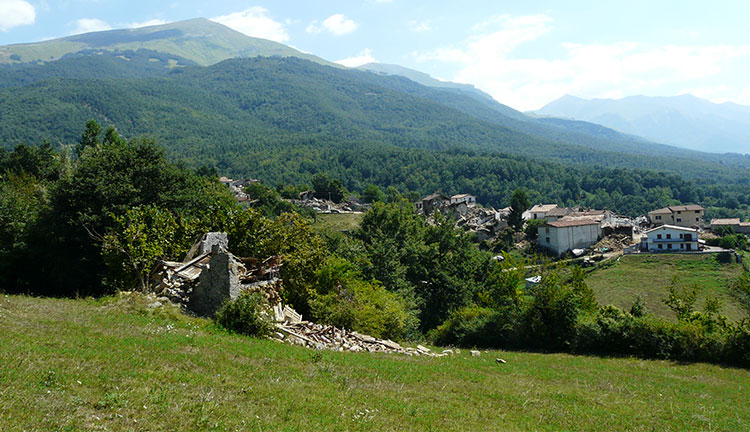 Day 2 is devoted to visit the tens of hamlets of Amatrice, the village that paid the highest toll in terms of human lives. Most of them have been almost entirely destroyed by the earthquake.

In many of these small communities, we meet only local people who don’t want to leave their villages or came here to retrieve something from their homes.

At Casale, we meet a German journalist who asks how this destruction happened, and a local farmer who can’t leave because he has to look after the animals and he was eager to describe the moments of the earthquake and the fear he felt. He tells us that he will resist and won’t leave his village. 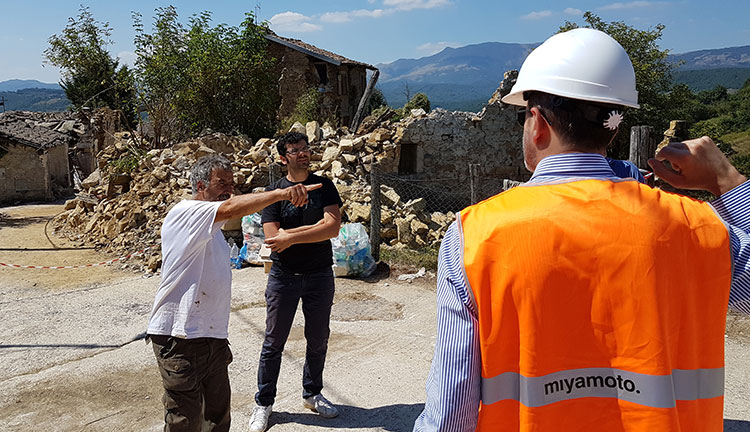 All around the houses have become rubble; the unreinforced masonry has collapsed due to lack of connection to floors and roof or has severely cracked.  In San Lorenzo, we arrive in the central square of the village with buildings around completely collapsed; even the church is badly damaged. 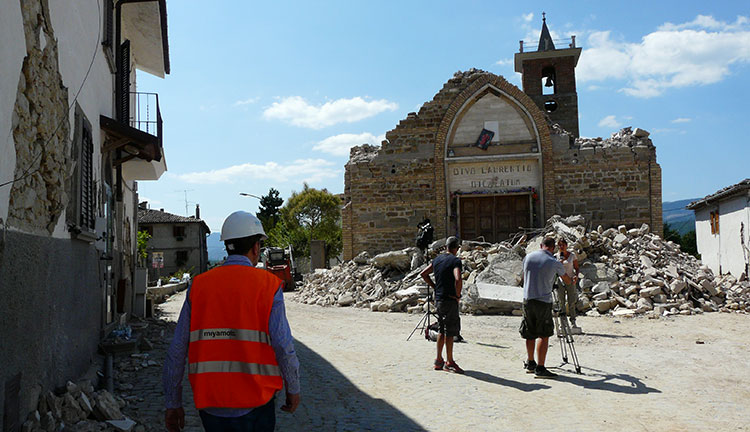 A television crew is doing a live report in front of the church. The historical and architectural heritage has suffered serious damage, especially the churches, often simple rural churches, but extremely important for the identity of the places and of local people. Sometimes the name of the village derives from the name of the saint that is venerated.

Often the houses have been built next to each other, without adequate separation; this makes it difficult to make them safer if no action is taken on the entire connected buildings. 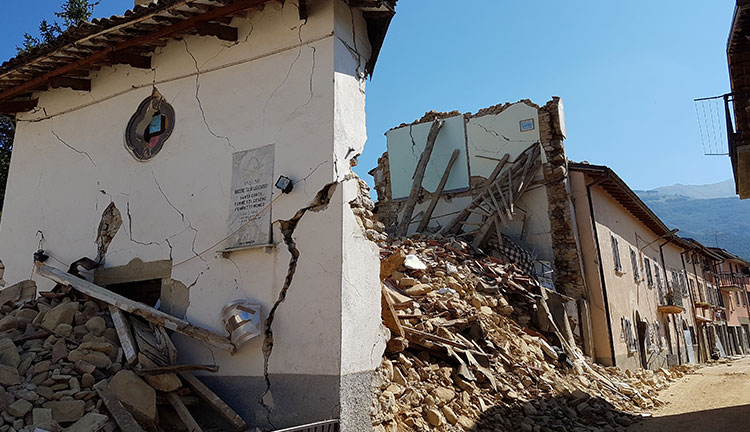 At Rocchetta, we meet the owner of a damaged house. The night of the earthquake he was here with his wife and two children. Now he is the only one staying in the village and he sleeps in his car in front of his home to guard the territory. He brings us to see his house and asks us if it is safe to return inside and whether it is possible to repair the damage or it needs to be demolished. This is one way we can help people as structural engineers. 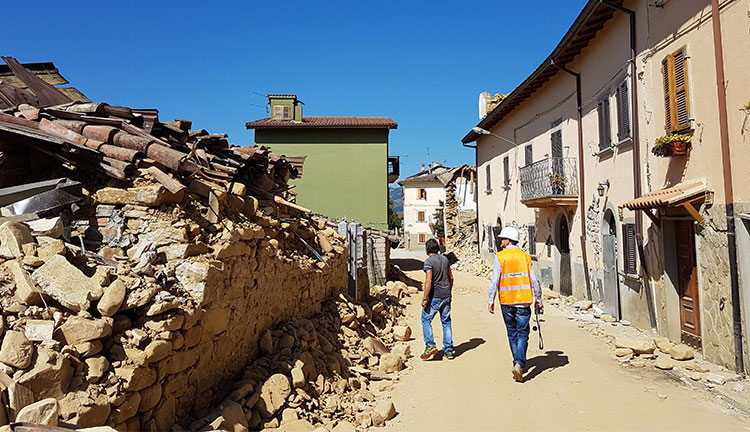 Next he brings us on a tour of the village. The church has collapsed; only the façade is still standing. 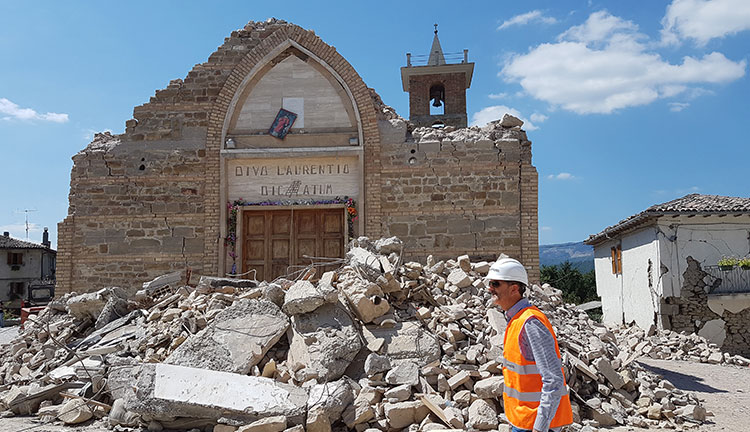 He tells us that his uncle was miraculously saved from the collapse, and that during the night, after the earthquake, all the 200 to 300 people in the village were directed to the center of the square, away from buildings, to await the arrival of relief.

Day 2 is over, time to go to sleep, possibly… 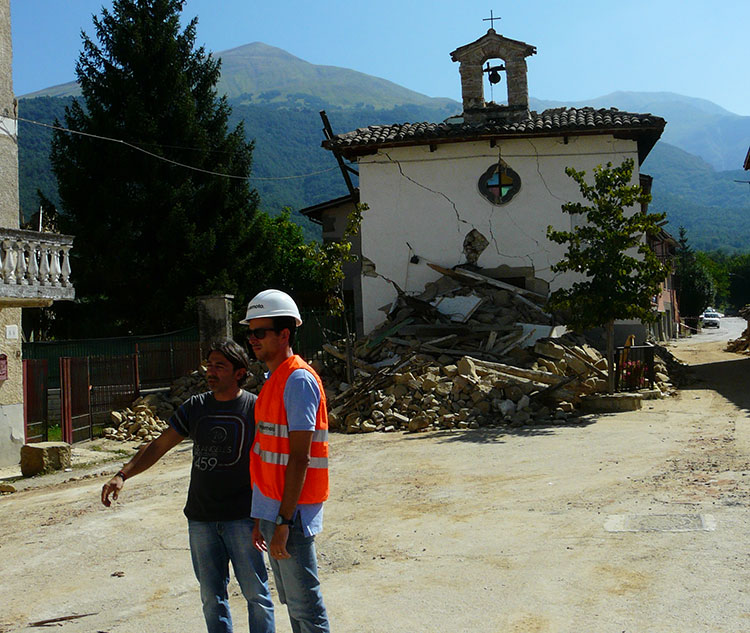