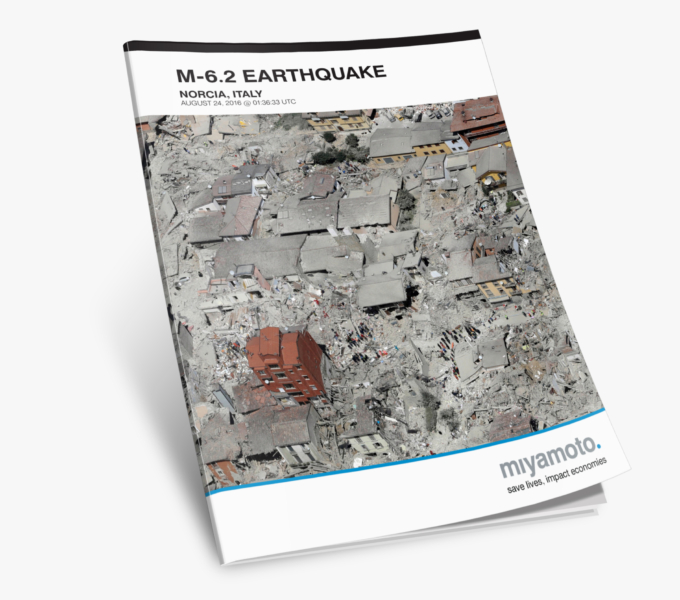 EARTHQUAKE REPORT – NORCIA, ITALY: M-6.2, 24 August 2016
The M-6.2 earthquake had a shallow depth (10 km) and struck approximately 10 km SE of Norcia, Italy on 2016 August 24 at approximately 1:36 AM local time. As of this writing, there are 247 dead and more than 100 missing. This event occurred on shallow normal faulting on a NW-SE oriented fault in the Central Apennines.

According to reports our engineers are receiving, there is only one road going to the destroyed villages and it’s presently closed due to bridge collapse and landslides. The team is looking for rescue teams to partner with that can help us reach the affected villages.

This area has experienced previous earthquakes, including the 2009 L’Aquila, Italy earthquake that resulted in approximately 300 fatalities. Since this quake hit, more than 80 aftershocks have been recorded by the EMSC, the European Mediterranean Seismological Center, including a M-5.5 aftershock. There are two known faults running through Italy that cross one another around the Campobasso region.