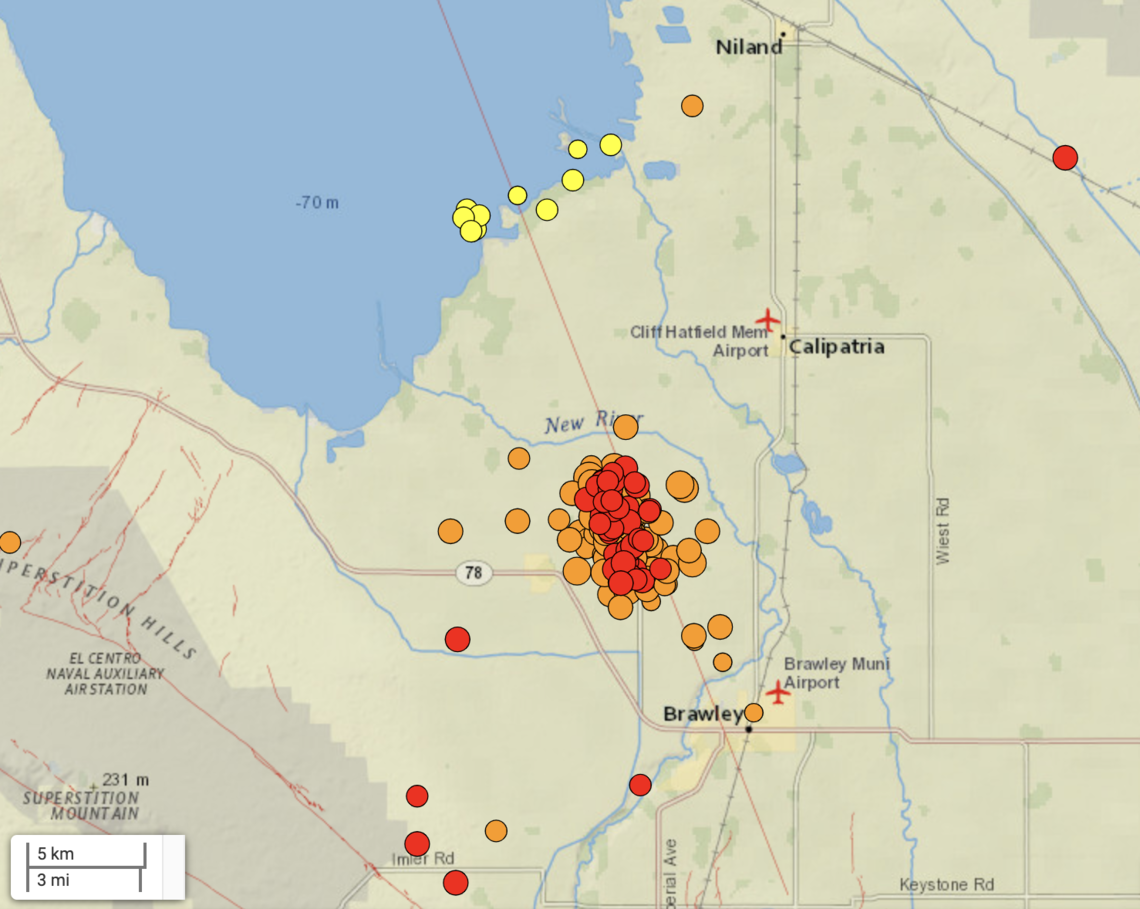 An ongoing swarm of earthquakes is shaking up Imperial County, just south of the Salton Sea. Starting on Wednesday afternoon, a continuous stream of earthquakes struck over the course of two and a half hours. During that time, nearly 45 earthquakes shook the area with varying magnitudes, the largest of which was a 4.9. The swarms are occurring in a region of the Brawley seismic zone, 30 km south of the San Andreas fault.

The earthquakes have continued into today but at a slightly lower rate and magnitude.

What does this mean?

The U.S. Geological Survey (USGS) has released an official forecast for the swarms citing a “1 in 3000 chance of a magnitude 7+ earthquake in the vicinity of this swarm”  and that “the probability of larger earthquakes in this region is significantly greater than usual.”

In their forecast, USGS included the following scenarios for the coming days:

The most likely scenario is that the rate of earthquakes in the swarm will decrease over the next 7 days. Some additional moderately sized earthquakes (M4.5 to 5.4) may occur, which could cause localized damage, particularly in weak structures.  Smaller magnitude earthquakes (M3.0+) may be felt by people close to the epicenters.

A less likely scenario is a somewhat larger earthquake could occur (up to a M6.9). Earthquakes of this size could cause damage around the area close to the earthquakes that have already occurred and would be followed by aftershocks that would increase the number of smaller earthquakes per day. This scenario occurred in a previous swarm in the area – in 1981, when a swarm in this region included a magnitude 5.8 earthquake.

What you can do to prepare

We are actively monitoring the situation and on high alert due to this increased risk. There is a large amount of uncertainty during these swarms and we encourage everyone to be prepared for the chance that a strong earthquake might occur. We also urge everyone to remain calm and practice common earthquake safety measures if they feel any shaking.