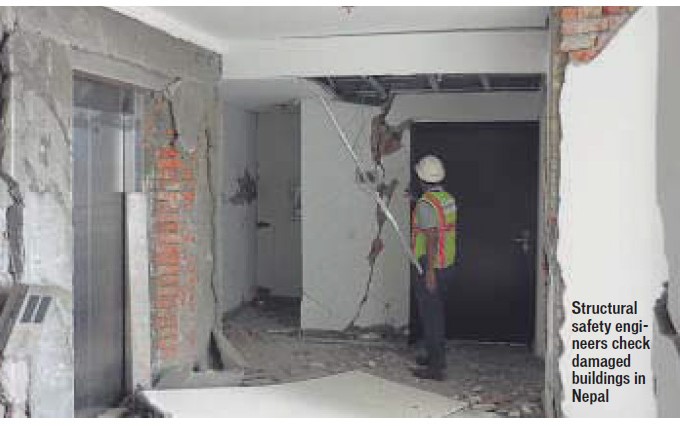 The earthquakes on April 25 and May 15, both above magnitude 7, and continuing aftershocks in Nepal, which were also felt in India, have intensified the debate on structural safety in the subcontinent. HT Estates, which has regularly reported on the state of buildings in India and the need to retrofit and reconstruct  damaged or weak structures, once again underlines the importance of knowing more about earthquake resistance grades of buildings.

There are reasons for worry, says Sandeep Donald Shah, country head of, Miyamoto International, an earthquake and structural engineering firm, whose PIL last year led to the Supreme Court ordering
the government to ensure that all real estate projects in the country clearly display their respective earthquake-resistant grade, along with clear meaning of the category as defined by the government. The Indian seismic code, which Nepal largely follows, covers only the last category of earthquake resistance,
which is ‘collapse prevention.’

In India 100% of the buildings, including hospitals and high-rises, are designed and built only to the collapse prevention standards. This level is for buildings, the contents and utilities of which, when shaken severely, suffer major damage. The building does not have any additional reserve capacity, is in the state of imminent collapse, and cannot be used after the earthquake.

As the buildings in Nepal too were designed and built to the collapse prevention standards these suffered extensive damage.

“If you read the definition, the damage is said to be beyond repair,” Shah explains.

Important buildings and high-rises have to be built to ‘immediate occupancy’ standards. This is defined as a building, its contents and utilities, despite being shaken predominantly in their linear range of behaviour, sustain only minor damage. The use of prevailing functions of the building and facilities is not restricted after the earthquake so that its functioning can be resumed immediately after the earthquake.

The first (and top-rated) earthquake-resistant buildings categories are, as per the Government of India  document which is also in line with international definitions, is the ‘fully operational level’, when despite
the building, its contents and utilities being shaken by an earthquake, no damage occurs; the function of the building is not disrupted due to the occurrence of the earthquake.

‘Life safety level’ of earthquake resistance is defined as the building, its contents and utilities being shaken severely in their nonlinear range of behaviour. Significant damage occurs in them, but the building remains within its reserve capacity and does not reach the state of imminent collapse. The use of the facility is restricted after the earthquake until detailed structural safety assessment is performed to ascertain the suitability of
the building for retrofitting.

If found suitable, the building may be retrofitted. What is the way out for people living in high-rises in which no category has been specified? Shah says his advice to them would be to go in for seismic retrofit and seismic
upgrade without waiting for another earthquake to strike. “It is also much less expensive and safe,” he adds.

Efforts to get a reaction from Noida Authority proved futile.