On January 7th, a magnitude 6.4 earthquake shook the southern coast of Puerto Rico. It damaged about 10 percent of buildings in the area and collapsed several schools. Our team was dispatched to assist the government and people of Puerto Rico, who haven’t experienced an earthquake in 100 years. Frequent tremors have people terrified and sleeping outdoors in fear of more collapses.

As I’m driving to the first disaster site, the Puerto Rican Secretary of State calls and says, “I really need you to assess the situation and investigate how we’re doing in our response efforts. I want to know the facts – good and bad.” He is a former engineer, recently appointed by the Governor. Just two years ago, Category 5 Hurricane Maria devastated the island of 3 million people. The government response was slow at the best. I feel this time, government wants to get it right. 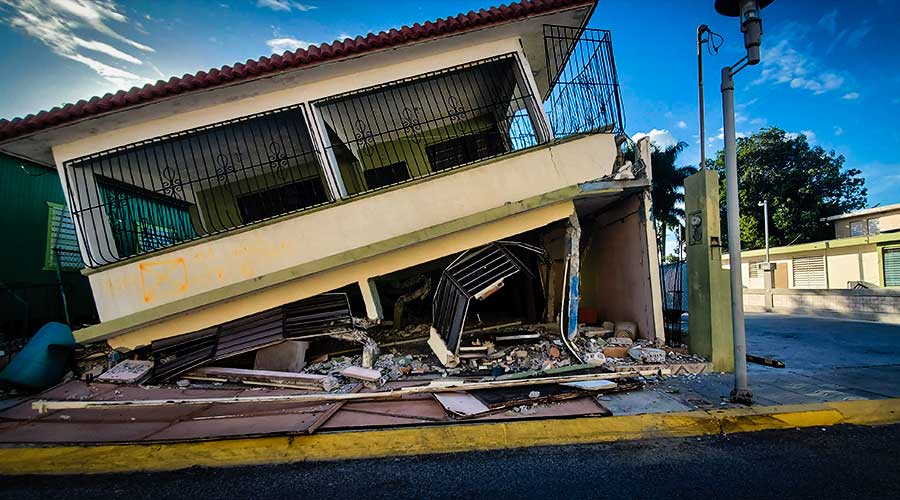 We arrive in the town of Guánica, a sunny coastal town of 20,000 people. Besides the Spanish houses, this place reminds me of Hawaii. It’s lush, peaceful and beautiful. As I drive through the downtown, I see pancaked buildings. I count dozens. The town is empty. Everyone left to an evacuation center or went north. We park our car in front of school yard.

A middle-aged gentleman approaches us and says, “I am the mayor of Guánica, and I want you to see this school.” The large school has collapsed at the mid-level. It looks like someone chopped at the kneecap. I see twisted metal and concrete rubble spills out from its gut. He says, “We have two other schools collapsed like that.” 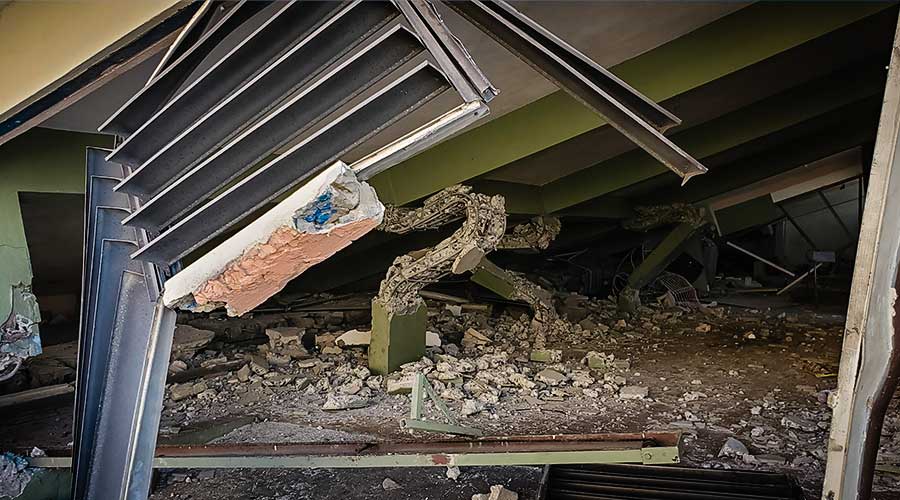 “It was fortunate that the earthquake was during Christmas break,” I say to him sadly. “Otherwise hundreds of children could have died.” The school was built prior to 1987 when the seismic code was adopted here. Anything before that is dangerous.

Suddenly, I start smelling familiar dead body smell. I shake my head. This must be a flashback—only one person died here. But still, I smell it. Just around the corner I found a dead iguana. Mystery solved.

I see army, police and fire personnel everywhere. A Major escorts our team to one of the many large army tents at an emergency response center. We sit down with the mayor’s staff and start strategizing a recovery process. He says in this town alone, about 350 buildings collapsed and another 350 are damaged. There are about 8,000 buildings total.

The people and the response teams are distressed and uncertain, but they are competent, skilled and open minded. I know we can instill confidence by working together to set up a road to recovery.