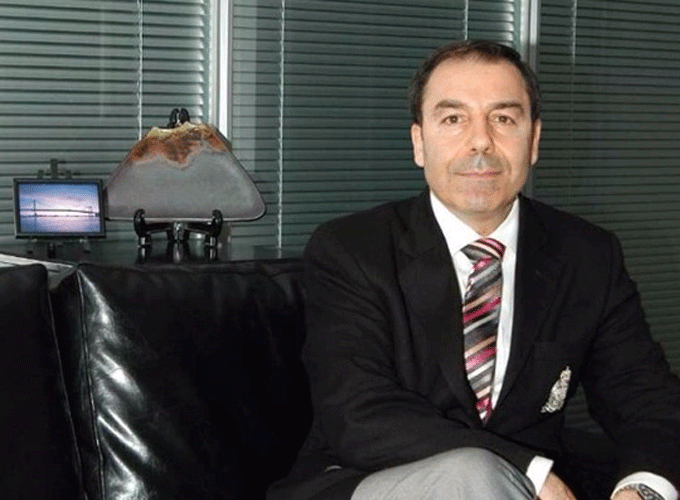 First of all, would you introduce yourself, can you tell us about your background? What were the different previous jobs positions?

After receiving Master of Science degree in Structural Engineering from Bosphorus University in 1988, I have worked 8 years in the prominent Turkish construction companies such as Yapi Merkezi, ENKA and TEKFEN as project coordinator. In 1992 I went to Japan and worked there 7 years as an expatriate structural design engineer in the Japanese engineering companies of Fuji Engineers, Chodai and IHI. After returning back to Turkey in 1999, I have been working as the president of Fuji Engineering since then and Miyamoto International Turkey since 2008, running both positions so far.

You are president of Miyamoto International Turkey, can you describe this company (history in Turkey, activity, goals, workforce, turnover…)?

Miyamoto International founded in Sacramento, California, US, in 1946, is a global Earthquake + Structural Engineering firm providing services around the World with offices in US, Europe and Asia. Our firm specializes in High Performance Earthquake Engineering solutions. Our clients include governments, private-sector organizations, developers, architects, and contractors who desire highly-effective sustainable technical solutions. We have specific experience on seismic design and high performance earthquake engineering with highest level of expertise and training on seismic prone regions such as California, Japan and Turkey.

What has been done in Turkey in regard to earthquake, structural engineering and construction after the earthquake in 1999 that killed around 17.480 people?

According to the report written by Japan International Cooperation Agency (JICA) in 2002, nearly 350,000 buildings in Istanbul were reported to be under risk. In recent 15 years I can say many things have been done, and still there are things to do. Especially, İstanbul Seismic Risk Mitigation and Emergency Preparedness Project (İSMEP) which is governed by the İstanbul Project Coordination Unit, was founded in 2006 under the Governorship of Istanbul. ISMEP is the first risk mitigation project of Turkey with its studies on what to do before, during and after a potential earthquake in İstanbul. This was also the reason how Miyamoto International came to Turkey in 2007, as the consultant of World Bank that is the main financial provider of the project. In ISMEP Project since 2016, 1175 public buildings, 944 schools, 74 hospitals and medical centers were retrofitted or rebuilt. In the meantime, general directorate of highways retrofitted the essential transportation facilities including critical highways such as Mecidiyekoy Viaduct, Halic (Golden Horn) and critical highway bridges, in addition to both existing Bosphorus suspension bridges with state-of-art technologies. In addition, in 2009 the Turkish Parliament formed the Disaster and Emergency Management Authority (AFAD) under the Prime Ministry and abolished various agencies. The earthquakes in eastern Turkey, Van province in 23th October 2011 and 9th November 2011 caused devastating damage and led to the loss of 644 citizens’ lives, 1.966 citizens injured and 252 citizens were rescued from the debris alive. I think the rapid response of AFAD to these two earthquakes proved its capacity. In addition, based on the lessons learnt from Van earthquakes, Ministry of Health issued a new legislation in 2013, to construct the new hospitals (over the 100-bed capacity, located in the 1st and 2nd degree seismic risk zones) with seismic isolation system for post-earthquake sustainability. Now we see that there are 200 hospital projects planned to be completed within a decade until 2023. I think the most important precaution realized is the start of Urban Transformation which provides opportunity to get rid of risky building stock. The start of application took very long time due to complexity of local legislation.

What remains to be done? What are your strategies?

There are still many things to be done by government and private sector. The government should continue upgrading the existing legislation which focus on life-safety performance level, but not the post-earthquake sustainability. Nowadays, ministry of environment and urbanization started an investigation to set up a task-force group within the ministry for the design approval of important projects such as high-rise buildings and seismic isolated structures. Based on request of our opinion, we have submitted the legislation examples applied in high-seismic risk countries such as United States and Japan. We also recommended the certification application of Professional Engineer status which has been discussed long time in Turkey. This certification secures the essential facilities, including high-rise buildings and seismic isolated structures, etc. to be designed by sufficiently experienced structural engineers.
One of our strategies are to reposition the private sector companies by means of increasing the awareness of business continuity risks. Based on our global expertise, managing earthquake risks without business interruption are possible by using innovative retrofitting technologies that we recommend. Many business owners worry about that retrofitting application may cause to business interruption during the retrofitting process. However, based on our high performance earthquake engineering experience and with utilization of energy dissipating devices (such as various type of dampers, isolators etc.), all these types of concerns can be eliminated with a cost effective solution. Our strategy is to provide these added value solutions to our clients to make their business sustainable.
Considering the tendency of high-rise building constructions in the first degree seismic zones, third party design review becomes critically important due to absence of internationally adequate specification in Turkey. Therefore, Miyamoto International who is the founding member of USRC (United States Resiliency Council), strategically provides evaluation service based on USRC rating system for the customers who need this kind of assistance in Turkey.

Beyond a reassuring communication from the authorities, many specialists agree to say that Istanbul is not ready to face this earthquake… What do you think?

I agree with you. Especially, if the most critical issue of urbanization transformation could be started 10 years ago, the transition process could be completed so far. Besides, similar to high-seismic risk country applications, the government needs to issue regulations recommending the private sector to upgrade their existing facilities from life-safety performance level to immediate occupancy or operational level in terms of business continuity. Moreover, earthquake emergency intervention systems should be replaced especially in the essential production facilities against post-earthquake business interruption risks. Most of these essential facilities are not ready for post-earthquake business sustainability, since the related decision makers think that life-safety performance level is enough for them as long as their facilities are compatible with the existing legislative. Based on our experience in Turkey since 2008, private sector companies underestimate the non- structural retrofitting precautions. Unites States’ FEMA (Federal Emergency Management Agency) report explains that 50 % of the injuries and 3 % of casualties are originated due to non-structural elements in the facilities. Kocaeli earthquake in 1999 resulted in the same numbers per the report issued in 2004 by Bogazici University Kandilli Earthquake Research Institute in Istanbul.

The new buildings must withstand an earthquake of magnitude 7.5 of the Richter scale. Unfortunately, in Turkey, a lot of new constructions still illegal. What about this situation?

Main issue here is related to the absence of detailed legislation. These deficiencies can be summarized as lack of third party inspection (peer review), inappropriate construction permit and improper site inspection. All these illegal issues can be solved by the application of well- designed regulations prepared by the related parties.

In Istanbul, the biggest problem is the exponential growth: the city officially counts 15 million inhabitants and we should even add a few million to be exact… How to solve that?

I think the population immigration can be controlled as in the example of Tokyo. In Tokyo, unless the mass transportation system including subway and train is not available, the city government is not authorized to issue construction permit for any new facility in the subject region.

Experts all agree that there will be an earthquake in a few years, but the estimate of time remains unclear. Do you also have research tools and analyzes?

According to the İstanbul Earthquake Master Plan dated 2003, the probability of a massive earthquake occurrence in İstanbul in the next 30 years is estimated at 62% ± 12. According to the study by GeoHazards International, İstanbul is one of the top three cities of the world that has the highest earthquake risk and for consequences. We think that the subject 30-year estimation (2003-2033) is still reliable until further detailed investigation is carried out. In terms of probabilistic approach for occurrence of earthquake, we cannot say that we are safer than 2003 estimation. Regarding your question, we also have research tools and analyzes for the expected number of casualties and damage levels for the building stock. However, existing technology cannot clearly identify the time of the earthquake event.

Where are the risks in Turkey and thus, where are your activities concentrated?

The main risks are in the economic infrastructure. Most of the private sector facilities are vulnerable to post-earthquake sustainability risk. Many essential facility decision makers consider that their life-safety performance level is enough since the legislation does not ask for more. However, the existing legislation is not up-to-date and leaves the business continuity responsibility to the business owner. Miyamoto International’s activities are concentrated on to increase the awareness of business continuity private sector companies

What is the responsibility of everyone and the precautions that each of us must take? (Government, public authorities, citizens …)

As long as there is cooperation among government, public authorities and citizens who are composing the society altogether, all social problems can be overcome. Obviously, there should be goodwill between all the parties instead of criticizing each other.