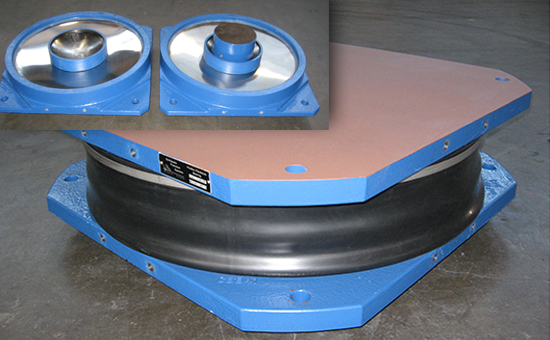 JACMEL, HAITI – In the heart of town and hedged in by buzzing market streets stands the 18th-century Jacmel Cathedral St-Philippe and St-Jacques, a ghost of its former self.

Since the earthquake, the Cathedral has not been in use. The damage caused by the magnitude-7.0 quake in 2010 is clearly visible. Large cracks line the walls leaving the overall structural integrity of the historic building severely compromised. 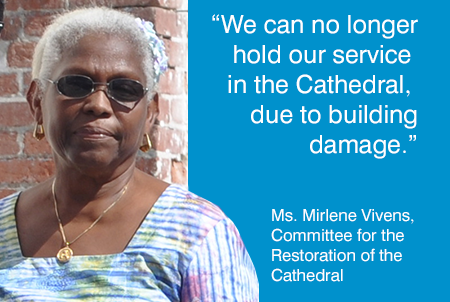 “We can no longer hold our service in the Cathedral due to really bad building damage,” said Ms. Mirlene Vivens, a representative of the Committee for the Restoration of the Cathedral.  The spaces we use today for Mass are inappropriate, crowded and uncomfortable.”

Mass is held in a number of small rooms in buildings surrounding the cathedral. Queues of people wait patiently to be seated, but many are not able to attend for lack of space.   “The community does not have much and therefore cannot contribute a lot to the restoration of the Cathedral,” Ms. Vivens told us during a visit to the Cathedral in February. Hope for the Cathedral’s restoration came months later, when committee members, as Ms. Vivens said: “Finally, got in touch with PROCHE.”

With the support of the Catholic Church, the Partnership for Church Reconstruction in Haiti (PROCHE) is leading the program to restore the Jacmel Cathedral. PROCHE is the Church’s construction unit overseeing church rebuilding in Haiti. 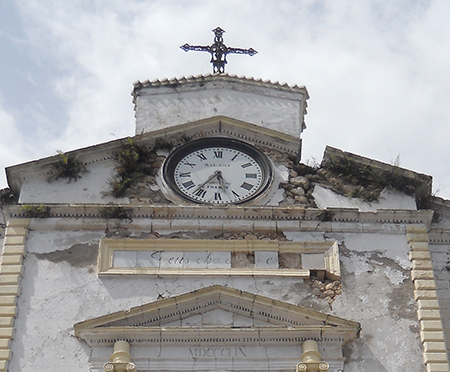 The goal is to restore and seismically strengthen the 200-year-old Cathedral to ensure a reduced risk to life and earthquake damage or collapse – while also safeguarding the historic integrity and authenticity of the buildings.

“During an earthquake, the walls of ancient buildings are too weak to withstand the seismic movement of the ground and thus tend to fall off, leading to total building collapse,” explained Dr. Kit Miyamoto of the structural engineering firm, Miyamoto International. “We thought about adding more shear walls or exterior bracing, but we knew that would ruin the historical architecture of the building. Instead, we are going to install base isolation—putting the building on rollers so that when the earth moves, the building doesn’t.”

A structure built directly on the ground will move with an earthquake’s motion and can bear extensive damage as a result. However, by separating the building – or isolating it – from the ground on flexible bearings or pads known as base isolators, it will only move a little or not at all during an earthquake. This is the same technology used in high rise buildings in Tokyo and San Francisco and is truly the newest seismic technology.

The Jacmel Cathedral will be the first building in Haiti engineered with base isolators. This will protect the structure against the movement generated by earthquakes and serve as a model for how to build earthquake-resistant buildings. 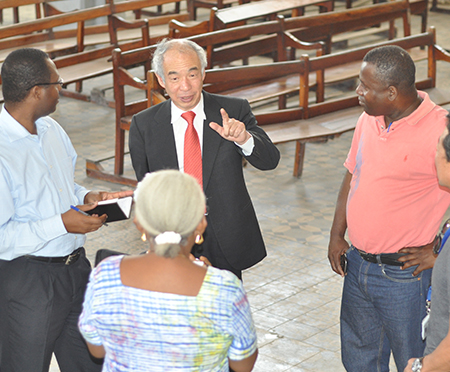 Professor Akira Wada, one of the most prominent researchers in seismic design of buildings in Japan and known for shaping engineering practices globally, travelled from Japan to Haiti last month on the invitation of PROCHE to peer review Miyamoto International’s design plans for the Cathedral’s reconstruction – and approved.

“The engineering of the Cathedral has been a truly multi-national effort,” Dr. Miyamoto proudly announced. “Miyamoto Italy engineered the strengthening of the superstructure, Miyamoto’s California office designed the base isolation system, and Miyamoto Haiti will manage and supervise the reconstruction of the Cathedral. We’re proud to provide engineering and construction management services to this important project and work in partnership with PROCHE to rebuild and seismically protect Haiti’s heritage.”