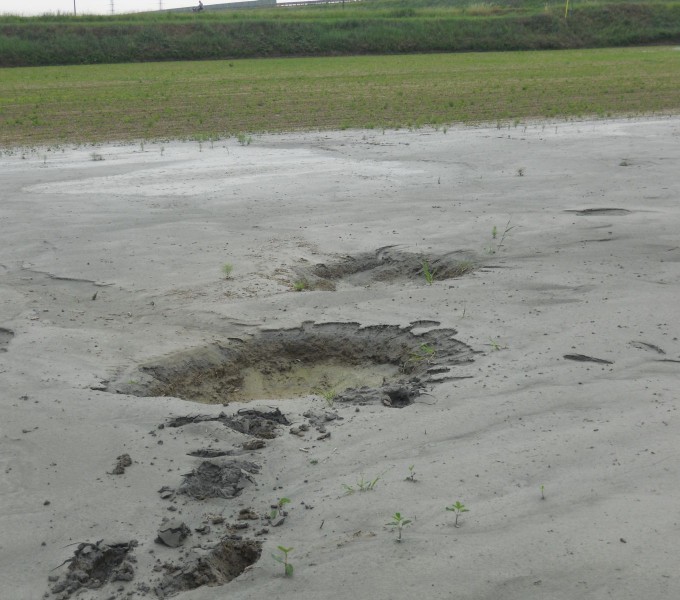 The new earthquake had its epicenter in Mirandola, 30 km west of the earthquake of May 20, it occurred at a depth of 5-10 km and would have activated a new fault line, according to initial assessments of italian INGV.

The earthquake was felt throughout northern Italy, in some regions of center Italy and also in Austria. Many schools, offices and public buildings were evacuated in North Italy and in Milan too. The service of trains between North and South Italy has slowed or stopped to allow the assessment of stability of the lines. Experts say new strong shocks are possible. We will continue to send in reports from the field as new information arises and time permits.

Evidence of liquifaction was witnessed in San Carlo.